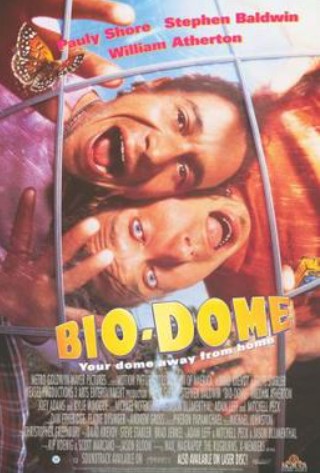 This chapter draws on previous chapters to present a portrait of the major changes in the condition of ecosystems, the services they provide, the drivers of change, and the prospects for sustainability. It is organized around major questions and issues rather than around services and systems per se. The time frame for considering these issues is generally the last several decades, although in some instances, this has been expanded where data allow or if needed to illustrate some particularly important points.

The chapter examines some of the implications of the observed trends and trade-offs for the continued capacity of ecosystems to provide services for human well-being but does not consider different trajectories into the future or possible policy responses, as these are considered in the Scenarios and Policy Responses volumes of the MA. Finally, the chapter outlines some of the major needs for continued research and data, focusing primarily on the areas that most severely hampered the ability of the MA Condition and Trends Working Group to reach conclusions.

How Have Ecosystem Services Contributed to Recent Improvements in Human Well-being?

Substantial improvements in human well-being in many parts of the globe have been apparent over the last half of the twentieth century. World population has more than doubled over the last 50 years , and consumption of many ecosystem services has grown even more. Life expectancy has increased in most areas of the world and infant mortality rates have declined almost everywhere, with the exceptions of the former Soviet Union and sub-Saharan Africa. Famines have become less common, and hunger has declined in absolute terms, although it remains a significant problem in some specific regions. Arrayed against this aggregate pattern of gains is the growing disparity of wealth, both between and within countries, and the failure of Africa in particular to share in the decades of major economic gains and the growth in social and institutional capabilities.

Numerous factors have contributed to these overall global improvements in human well-being, including major gains in manufactured and social capital, increased efficiencies associated with research and technology development, and the emergence of more effective national and international institutions. But the human capacity to exploit ecosystem services has played a central role, and people have been extraordinarily successful in most of the world in using those services to meet a wide range of needs, such as food, clean air and water, shelter, and protection from natural hazards, and cultural fulfillment. As human populations and individual well-being have increased, so has the consumption of ecosystem services, leading to increasing demands on ecosystems to provide for people.

The use of ecosystem services has also changed in its nature, in large part due to research and technology development, allowing for more efficient use and production of services such as clean water and food and for partial substitutes to be developed for other services, such as for some fibers and for some cultural services. However, the parallel increased efficiency of use of many ecosystem services has been offset by increases in the absolute amounts of consumption of services, giving rise to serious concerns about the sustainability of their supply. In addition, the increasing consumption of some ecosystem services is clearly resulting in trade-offs in other services and thereby in the availability of certain benefits to people around the world. Such trade-offs in services, and thereby human well-being, are occurring across temporal and spatial scales; some areas and some people have gained, but at the same time some areas and some people are losing out.

Social and institutional issues are important in the effective use of ecosystem services. The enormous expansion of human capital has been crucial in securing both greater efficiency in and simply greater use of natural resources. Social institutions play an important role in facilitating growth, avoiding overexploitation, and managing environmental impacts. A decision-making environment with transparency, extensive flows of information, accountability, and minimization of corruption is a key to efficient uses of ecosystem services. The weight of evidence, however, suggests
that current international disparities in income and wealth and in gender equality seriously constrain the development of institutional capabilities to support major future gains in human well-being. Well-functioning legal and judicial systems also contribute to sustainable development and the protection of environmental assets.