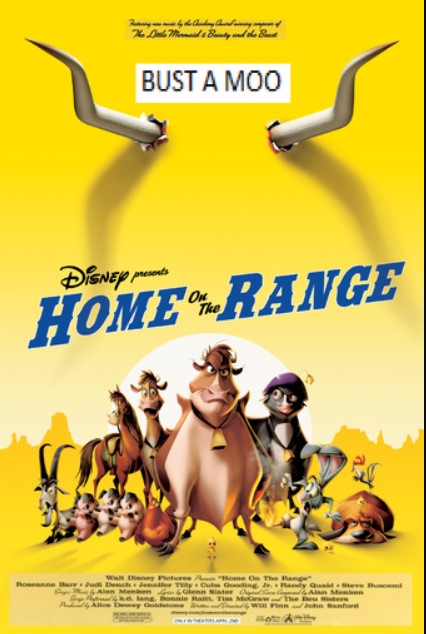 WHEN I BEGAN to write and speak about data indicating that athletes who go on to become elite are usually not early specializers, the reactions (particularly from parents) reliably fell into two categories: (1) Simple disbelief, can’t be true; and (2) “So, in one sentence, what is the advice?” What one sentence of advice can encapsulate the embrace of breadth and the journey of experimentation that is necessary if you want, like Van Gogh or Andre Geim or Frances Hesselbein, to arrive at a place optimized for you alone? Like the paths of those individuals, my exploration of breadth and specialization was inefficient, and what began as a search for one sentence of advice ended in this book.

Told in retrospect for popular media, stories of innovation and self-discovery can look like orderly journeys from A to B. Sort of like how inspirational-snippet accounts of the journeys of elite athletes appear straightforward, but the stories usually get murkier when examined in depth or over time. The popular notion of the Tiger path minimizes the role of detours, breadth, and experimentation. It is attractive because it is a tidy prescription, low on uncertainty and high on efficiency. After all, who doesn’t like a head start? Experimentation is not a tidy prescription, but it is common, and it has advantages, and it requires more than the typical motivational-poster lip service to a tolerance for failure. Breakthroughs are high variance.

Creativity researcher Dean Keith Simonton has shown that the more work eminent creators produced, the more duds they churned out, and the higher their chances of a supernova success. Thomas Edison held more than a thousand patents, most completely unimportant, and was rejected for many more. His failures were legion, but his successes—the mass-market light bulb, the phonograph, a precursor to the film projector -were earthshaking. Sandwiched between King Lear and Macbeth, Shakespeare quilled Timon of Athens. Sculptor Rachel Whiteread achieved a feat akin to Geim’s Ig Nobel/Nobel double: she was the first woman ever to win the Turner Priz-a British award for the best artistic production of the year-and also the “Anti-Turner Prizer” for the worst British artist. And she won them in the same year. When I was researching the history of video games to write about Nintendo, I learned that a now- sychotherapist named Howard Scott Warshaw was once an Atari video game designer who used extremely constrained technology in a resourceful way to make the sci-fi game Yar’s Revenge. It was the bestselling original title for Atari’s 2600 console during the early-1980s when Atari became the fastest-growing company in U.S. history. The very same year, Warshaw designed the Atari adaptation of the film E.T. Again, he experimented with limited technology. This time, the game flopped so badly that it was pronounced the biggest commercial failure in video game history and blamed for the near-overnight demise of all of Atari Inc.

That’s how it goes on the disorderly path of experimentation. Original creators tend to strike out a lot, but they also hit mega grand slams, and a baseball analogy doesn’t really do it justice. As business writer Michael Simmons put it, “Baseball has a truncated outcome distribution. When you swing, no matter how well you connect with the ball, the most runs you can get is four.” In the wider world, “every once in a while, when you step up to the plate, you can score 1,000 runs.” It doesn’t mean breakthrough creation is luck, although that helps, but rather that it is hard and inconsistent. Going where no one has is a wicked problem. There is no well-defined formula or perfect system of feedback to follow. It’s like the stock market that way; if you want the sky highs, you have to tolerate a lot of lows. As InnoCentive founder Alph Bingham told me, “breakthrough and fallacy look a lot alike initially.”

The question I set out to explore was how to capture and cultivate the power of breadth, diverse experience, and interdisciplinary exploration, within systems that increasingly demand hyperspecialization, and would have you decide what you should be before first figuring out who you are.

Early in the book, I discussed athletes and musicians, because they are practically synonymous with early specialization. But among athletes who go on to become elite, broad early experience and delayed specialization is the norm. Musicians arrive at greatness via an incredible diversity of paths, but early hyperspecialization is often not necessary for skill development and in the more improvisational forms it is rare- although, as in sports, many adults have an enormous financial interest in making it seem essential. Sviatoslav Richter was one of the greatest pianists of the
twentieth century; he started formal lessons at twenty-two. Steve Nash is a relatively normal-sized Canadian who did not get a basketball until he was thirteen years old; he won the NBA MVP award, twice. As I write this, I am
listening to a professional violinist who started when she was eighteen. Of course, she was told to stop before she started because she was too old. She now makes a point of teaching beginner adults. The tidy specialization
narrative cannot easily fit even these relatively kind domains that have most successfully marketed it.

So, about that one sentence of advice: Don’t feel behind. Two Roman historians recorded that when Julius Caesar was a young man he saw a statue of Alexander the Great in Spain and broke down in tears. “Alexander at my age had conquered so many nations, and I have all this time done nothing that is memorable,” he supposedly said. Pretty soon, that concern was a distant memory and Caesar was in charge of the Roman Republic— which he turned into a dictatorship before he was murdered by his own pals. It’s fair to say that like most youth athletes with highlight reels, he peaked early. Compare yourself to yourself yesterday, not to younger people who aren’t you. Everyone progresses at a different rate, so don’t let anyone else make you feel behind. You probably don’t even know where exactly
you’re going, so feeling behind doesn’t help. Instead, as Herminia Ibarra suggested for the proactive pursuit of match quality, start planning experiments. Your personal version of Friday night or Saturday morning experiments, perhaps.

Approach your own personal voyage and projects like Michelangelo approached a block of marble, willing to learn and adjust as you go, and even to abandon a previous goal and change directions entirely should the need arise. Research on creators in domains from technological innovation to comic books shows that a diverse group of specialists cannot fully replace the contributions of broad individuals. Even when you move on from an area of work or an entire domain, that experience is not wasted.

Finally, remember that there is nothing inherently wrong with specialization. We all specialize to one degree or another, at some point or other. My initial spark of interest in this topic came from reading viral articles and watching conference keynotes that offered early hyperspecialization as some sort of life hack, a prescription that will save
you the wasted time of diverse experience and experimentation. I hope I have added ideas to that discussion, because research in myriad areas suggests that mental meandering and personal experimentation are sources of power, and head starts are overrated. As Supreme Court justice Oliver Wendell Holmes wrote a century ago, of the free exchange of ideas, “It is an experiment, as all life is an experiment.”