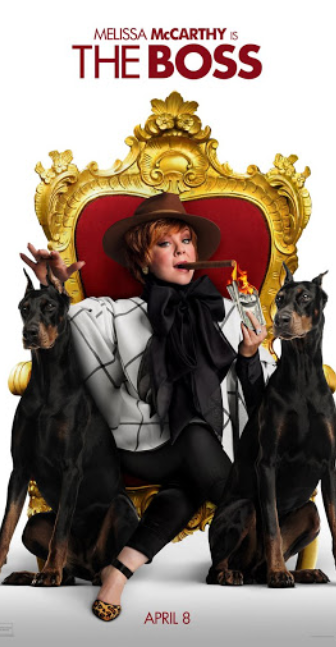 “As capitalist, he is only capital personified. His soul is the soul of capital. But capital has one single life impulse, the tendency to create value and surplus-value, to make its constant factor, the means of production, absorb the greatest possible amount of surplus-labour.” – Karl Marx

We turn next to the distribution of capitalist surpluses. That distribution illustrates how capitalism’s organization of the surplus deeply influences so many other aspects of societies where it exists (and especially where it prevails). Capitalists distribute significant portions of the surplus they appropriate to themselves for their consumption. They do so both for personal satisfaction and to underscore their differences (in homes, dress, transport, etc.) from the wageearners. The differences in consumption level – results of the inequality produced and sustained by capitalism – can then be transformed ideologically into signs of inherent attributes of individuals that make some surplus appropriators and others surplus producers. Just as earlier societies had made the inequalities resulting from slavery and feudalism matters caused rather by nature or God, in capitalism strong ideological tendencies make inherent individual variability (“human nature”) the cause. It too, like nature and God, cannot be changed by mere mortals. The passing social convention – made and changed by society – becomes instead moored and unmovable in cement. Those who rule societies need desperately to believe and have others believe their positions are permanent.

Just as importantly, capitalists distribute other portions of the surplus they appropriate to all sorts of managers and supervisors to perform tasks needed for the surplus to be produced. Those tasks are not themselves productive of surpluses, but they are crucial to the production of surplus by others. This distinction matters. The personnel manager in a modern capitalist corporation does not labor with machines to transform raw materials into commodities for sale. Such a manager controls and maneuvers productive laborers but is not one of them. The salary and equipment such a manager uses represent costs to the capitalist defrayed by distributions of the surplus. In capitalism, as Marx makes so clear, the capitalist has to distribute much of the surplus to others in order to keep on getting surplus. Without personnel managers, the surplus-producing workers might produce less surplus or none at all.

The manager in this case is an unproductive laborer. His work provides a necessary condition of existence for surplus production by other, productive laborers. The latter are performers of surplus labor; the manager is an enabler of their productive labor. For capitalism to reproduce itself, it requires performers and enablers, productive and unproductive laborers, but that does not mean their differences do not matter. Quite the contrary: in every exploitative economic system, the two different kinds of laborers have played varying roles in supporting or overthrowing the system, in seeking political alliances with each other or alternatively with surplus appropriators. In slavery, for example, field and house slaves exhibited varying relationships. So too did serfs assigned to agriculture versus crafts. Capitalism has had its blue and white collar employees. To Marx’s credit, his surplus theory – and the class analysis built on it – grasped the deeper, systemic importance of these differences.

Capitalists distribute surpluses to yet other sorts of recipients for other purposes. For example, capitalists distribute surpluses as funds to managers charged with purchasing and installing more or better machines, tools, equipment, etc. Their goals might be to increase the scale of production or to replace labor power (automation) or both. What drives such distributions of the surplus is the competition among capitalists. Each fears that competitors will acquire machines or other inputs that enable more products at a lower cost; each hopes to be such an acquirer. With similar motivations, capitalists can direct surplus distributions to cover costs of relocating production to lower wage areas or recruiting workers from elsewhere (i.e., immigrants and outsourced labor) willing to work at lower wages.

Capitalists distribute portions of the surpluses they appropriate to fund whatever other conditions of existence that seem to them to need it.

For production sites threatened by thievery, for example, surplus may pay wages for the unproductive labor of security officers. Where productive laborers exhibit alcohol-related problems, capitalists may hire the unproductive labor power of personnel managers or counselors to help solve those problems. If litigation is a risk, capitalists will use surpluses to retain lawyers. Portions of the surplus must also be paid to federal, state and/or local governments in taxes, dividends to shareholders, interest to lenders and so on.

No wonder capitalism develops unevenly – as Marx stressed. Each competing capitalist decides and functions around guesses about present and future realities. Each capitalist guesses differently because the circumstances of each and how these circumstances are assessed and understood vary. One succeeds and another fails giving capitalism its uneven development path. Deep suspicions of one another and even deeper suspicion of any state coordination keep capitalists from overcoming the systemic unevenness. Likewise, capitalism develops unevenly geographically as ‘developed’ and ‘undeveloped’ areas proliferate and even sometimes replace one another.