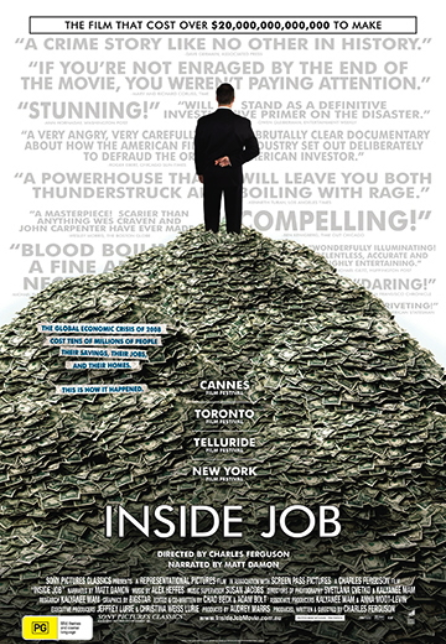 “Hegel remarks somewhere that all great world-historic facts and personages appear, so to speak, twice. He forgot to add: the first time as a tragedy, the second time as a farce.” – Karl Marx

Another remarkable quality of Marx’s and many Marxists’ analyses, besides specific insights drawn from their surplus-focused analysis, is their attention to contradictions. Beyond the tendencies they find shaping societies, they usually seek and find counteracting tendencies and likewise elements inside all tendencies that push them and society in different and often clashing directions. This sensitivity to and interest in contradictions derives in part from Marx’s teacher, the German philosopher Hegel. In Hegel’s view, everything is contradictory. Everything in life (nature, society, etc.) is a bundle of conflicting needs, forces and pressures. Indeed, our thoughts about and knowledge of life are also inescapably contradictory.

For Marx, capitalism too exemplifies contradictions. As one example, Marx explains to us that every capitalist tries to get as much surplus from productive workers as possible. The more surplus that is appropriated, the more can be distributed as dividends to keep shareholders happy, as high salaries to motivate managers, etc. The surplus distributions keep the capitalist system going, reinforcing the capitalists’ dominance. Since more surplus available to the capitalist is better, capitalists always seek more.

Greed is not the cause of capitalists’ behavior; it is a quality they acquire in accommodating to and internalizing the requirements of competitive survival within the capitalist system.

Capitalists may appropriate more surplus if they reduce workers’ wages while getting the same output from them. There are alternative ways to accomplish such wage reductions. Immigration of lower wage workers is a famous phenomenon in capitalist societies past and present. So too is switching from one population group to another (for example, from men to women, from adults to children, from one ethnicity to another, and so on). Of course, both these wage-reduction mechanisms entail contradictions as displaced wageearners resent and resist. That may place new demands on capitalists’ surpluses (say to offset enterprise damage from angry displaced workers) that nullify the gains from lower wages and so on. Lower-paid workers may display less loyalty to the enterprise. The contradictions abound and may, depending on the larger social context, overwhelm the initial capitalist impulse/tendency to lower wages.

Besides lowering wages, production costs may be reduced when capitalists can replace productive workers with machines. To automate, computerize or robotize may be cheaper than – and therefore substitute for – hiring productive workers. However, no sooner do capitalists succeed in paying lower wages and/or hiring fewer workers, than they may well face another contradiction. The workers may now have less income than they had before because wages fell or automation hit. Thus they will be less able to buy what capitalists need to sell. To benefit by lowering their outlays to workers, capitalists have inadvertently undermined the demand for their products. The virtually universal drive to economize on labor costs operates in contradiction to the parallel drive to sell all that is produced.

The system is a contradiction: the very logic imposed on the capitalist undermines the overall success of the capitalist. For Marxists, no law, rule, regulation, or behavior pattern provides an escape from this contradiction; none ever has.

Capitalism experiences this contradiction in the form of recurring oscillations between periods of profit-boosting savings on labor costs and profit-busting insufficiencies of effective demand for capitalist products. That is how this system works. And of course, workers laid off because of automation or deficient demand may well worsen that deficiency and thereby produce a spiral downward into major recession or depression. Eventually, downturns produce a sufficient cheapening of labor power and produced inputs to enable capitalists to profit from resuming production. Then an upswing follows and repeats the same pattern of cyclical instability yet again.

Because of this and other contradictions explored across the three volumes of Capital, the capitalist system is profoundly unstable. Every four to seven years on average, wherever it has existed, capitalism produced an economic downturn. Workers suddenly lost jobs, businesses collapsed, and real mass suffering ensued for months or years. This instability occurred in addition to the destabilizing effects of natural disasters (floods, droughts, etc.) and of social disasters (wars). Any individual exhibiting a personal instability comparable to the economic and social instability of capitalism would long ago have been required to seek professional help and to make basic changes.

Marx’s basic point is that capitalism produces and reproduces inequality and instability. That alone suggests we ought to challenge anyone who accepts a system that works this way.

Through the work of Marx and others, we can now recognize capitalism’s contradictions plus the inadequacies and injustices they impose on us. It is precisely how the system works – how in particular it produces, appropriates, and distributes its surpluses – that proved to be the obstacle preventing capitalism from realizing liberty, equality, brotherhood and democracy. And by focusing us on the organization of the surplus, Marx also provided us with the knowledge that the next system must be one in which the organization of the surplus is democratic, where those who produce the surplus are identical with those who appropriate it and where the productive and unproductive laborers together and democratically decide who gets what portions of the surplus to perform what social services.