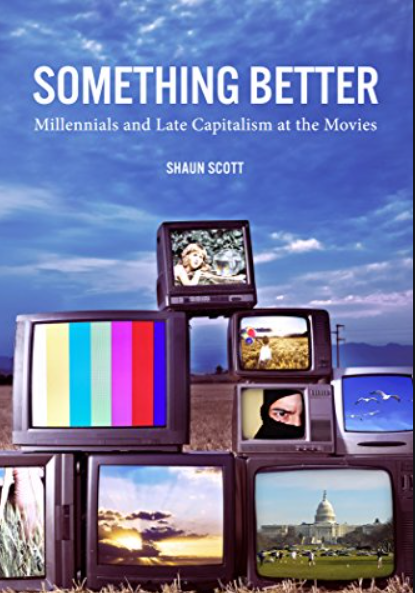 “The human being is in the most literal sense a political animal, not merely a gregarious animal, but an animal which can individuate itself only in the midst of society.” – Karl Marx

A major part of Marx’s contribution was in economics. He was a broadly engaged and educated European intellectual of his time when relatively few people were educated or even literate. Formally trained in philosophy, he began his adult working life as a professor of philosophy. However, his interests in the world around him moved him quickly to become what we would nowadays call an economist. Here we present the core finding of his economic studies before following his fascinating elaboration of that core. In every human society, from the earliest records we know to the present, people produce and distribute something Marx called a surplus. We may begin by explaining what Marx meant by this.

In every society, he says, human beings survive by labor: transforming nature to meet their needs. They convert wool into clothing to keep warm, trees to build shelters from the rain and the storm, land into food, and so on. In laboring, humans use their brains and muscles to transform nature into useful consumable products upon which human societies depend.

But not all people work, not all use their brains and muscles to transform nature. There are always parts of each human society – large and small – that do not work. Those parts survive if and only if the members of the society who do work produce more than they themselves consume. That output exceeding what the workers themselves consume is what Marx means by a surplus. That surplus, if distributed to people other than the workers who produced it, enables such other people to survive and function in the society. Babies are one example of those other people who couldn’t possibly use their brains and muscles to transform nature because they haven’t managed to stand up yet. Some members of society must produce surpluses if babies are to survive by living off that surplus.

In most societies the producers of surpluses – Marx calls them productive laborers precisely because they produce a surplus – distribute them to more than the society’s babies. Children, the sick and the elderly are often recipients of surpluses. So too are people capable of producing surpluses, but who do not do so. The surpluses produced by some members of human societies sustain the members who live off the surplus distributed to them. We may begin with an illustrative example of a slave society. When the slave works on a slave plantation, everything he or she produces belongs immediately and automatically to the master. Typically, the master gives a portion of the slave’s surplus back to the slave (in the forms of food, clothing, shelter and so on). The goal is to enable the slave to work again tomorrow. The master uses another portion of the slave’s output to replenish the tools, equipment and raw materials used up during the slave’s work.

The people who live off shares of slave surpluses distributed to them by masters may be engaged in labor using their brains and muscles. But they do not themselves produce surpluses. For that reason, they are, for Marx, unproductive laborers. Ever the social critic and theorist, Marx wants to underscore the difference between those workers who produce surpluses from those who live off distributions of surplus from others. He sees that difference as having all sorts of important implications for the two groups of workers’ different attitudes toward the existing system, toward projects of going beyond that system, etc. He likewise underscores the differences between productive and unproductive workers so that what they have in common – for example, they might all be slaves – does not obscure their differences: a matter of the utmost importance for any political project of unifying all slaves into a powerful social force.

The master lives off the surplus. The master does not tend the cotton fields, nor raise the fruits and vegetables, the cheese, the butter or the meat. The productive slaves do all of that. They produce more cotton than they need to clothe themselves, more food and clothing than they need for themselves, and all that “more” – in kind or else in money if it is marketed – is delivered to the master. The master uses it to keep this kind of society going. The master sits at the top; the master has the power; the master is sustained by the surplus of the slaves.

Much the same logic figures in Marx’s analysis of feudalism. The productive workers there are serfs, and the surplus they produce is delivered to the lord. In Europe, the name given to the feudal surplus was “rent.” Lords lived off the rents they obtain from the serfs they exploited; they often used those rents to sustain servants, etc., who thus also lived off the feudal surplus as feudalism’s unproductive laborers.

Now to Marx’s main point: in capitalism, we find the same basic exploitation found inside slave and feudal economic systems. It is disguised in and by the formalities of the employer-employee system. In Capital’s first volume, Marx penetrates the disguise to show how the relationship between employer and employee includes the particularly capitalist form of producing and distributing a surplus.

Imagine yourself as a job seeker discussing employment with an employer whose enterprise makes ladders. After going over other details of the job, you come to the wage issue and agree on $20 per hour for a 9 to 5 job from Monday through Friday. The employer believes that employing you – as with all other productive laborers hired – will add quality and/or quantity to the enterprise’s output of ladders and thus more sales revenue as well.

Marx then explains what most workers at least instinctively intuit. An employer will only pay a productive worker $20 per hour if during that hour more than $20 worth of sales revenue results. In that more, Marx tells us, lies the surplus in its capitalist form.

The value added (to the value of the tools, equipment and raw materials used up in production) by each worker’s hour of labor exceeds the value paid to the worker for that hour’s labor. The difference between value added and wage paid is the surplus produced by the worker in a capitalist enterprise. The employer captures the surplus within the revenue obtained when the enterprise’s output is sold. The employer divides that revenue into three portions. One is used to replace/replenish the tools, equipment and raw materials used up in producing the enterprise’s output. Another portion goes to the hired workers as wages. And the third comprises the surplus retained and thus appropriated by the employing capitalist.

Like the productive labor of slaves and serfs, that of employees is exploited: they all produce surpluses for others. Only the forms of the capitalist surplus and of the capitalist exploitative relationship distinguish them from their parallels in slavery and feudalism.

At the productive core of capitalism, in the relationship there between employer and employee, the latter produces surpluses appropriated by the former. In this exploitation, Marx locates a key obstacle that prevents capitalism from achieving its promised effects of liberty, equality, brotherhood and democracy. The latter’s absences in slavery and feudalism derived likewise from the exploitative relationships at their productive cores. Marx’s conclusion follows: to achieve liberty, equality, brotherhood and democracy in any society, any exploitative production relationship must be excluded.

For a minority to appropriate and distribute the surplus produced by a majority is inconsistent with and undermines the progressive social goals advocated by the French and American revolutions and given lip service everywhere ever since.

Marxist writings have often spoken of “wage slaves.” That was not just a casual remark. It links the condition of the wage earner to that of the slave. Looking at wage earners’ freedom through the lens of Marx’s surplus theory exposes that freedom as illusory. In capitalism, most workers are trapped into being either a wage-earner producing surplus for an employer or else a wage-earner serving an employer and living off the distribution of some other productive worker’s surplus. Freedom requires changing the system because otherwise you are forever trapped in it.

Marx argues that exploitative societies typically use their surpluses to maintain that exploitation. Masters use the surplus taken from slaves to maintain slavery; lords use their serfs’ surplus to maintain feudalism. Capitalists likewise use the surplus appropriated from productive workers to reproduce the social relations of capitalism, the society of employers and employees. This means giving capitalists – and their delegated representatives – the dominant positions not only in the economy but also in politics and culture.

In capitalism – a hundred years ago, fifty years ago, or right now – it’s the employer class that is socially dominant. Marx’s contribution was to locate in production the fundamental mechanism whereby this domination is secured.

In his discussion of surpluses and exploitation, Marx developed his own unique concept of class, a concept different from the traditional, pre-Marxist conceptions. Before Marx (indeed, for thousands of years) many people had classified populations into sub-groups according to how much wealth they owned or how much power over others they wielded. Those who focused on wealth separated the propertied from the propertyless, the rich from the poor, and, of course, middle classes from those above and below them. Those who focused on power distinguished rulers from ruled, powerful from powerless, etc. For all these people class was a category dividing and thereby describing people according to the distributions of property or power among them. Marx made use of those old concepts (categories, definitions) of class in crafting his social criticism. In this, he followed many who had done likewise before him and were doing the same alongside him.

However, unlike those others, Marx also invented and used another, different concept of class: one based on his surplus analysis. There was the class of surplus producers, the class of surplus appropriators, and the class of those receiving shares of the surplus distributed to them by the appropriators. The conflicts among them undermined capitalists’ often-repeated commitments to liberty, equality, brotherhood and democracy. Put in other terms, Marx invented and used his surplus-based concepts of class to explain why previous social critics of grossly unequal distributions of wealth and power had so far been unable to overcome those social injustices. They had not understood that changing the organization of the surplus was a necessary accompaniment of any other program aimed to reduce inequalities in the social distributions of wealth and power. They had not understood why ending exploitation was necessary to actualize social commitments to liberty, equality, brotherhood and democracy. The class conflicts Marx focused his attention on (for example in Marx’s three volumes of Capital) were chiefly about the production and distribution of the surplus and only secondarily about the social distributions of property and power.