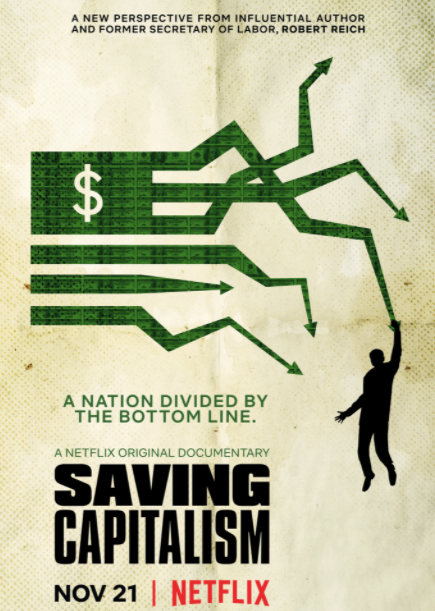 “The mode of production of material life determines the social, political and intellectual life process in general.” – Karl Marx

What motivated Karl Marx, as a young man growing up in the middle of 19th century Europe, to become a critic of capitalism? The answer is partly the American and French revolutions of the late 18th century. Marx particularly embraced their key demands: in France, liberty, equality, brotherhood and in the US, democracy. He wanted those demands to be realized in modern society. He believed that the capitalism advocated by the French and American revolutionaries was a better system than the feudal, slave and other previous systems of human history. He believed as well – like so many other young people of his time – that capitalism would bring with it the liberty, equality, brotherhood and democracy that the French and American revolutionaries had promised it would.

But the roughly 75 years that separated his arrival at adulthood from the French and American revolutions presented Marx with a profoundly challenging contradiction. The revolutions had succeeded in establishing capitalism. It was pulsating and growing all around him in Western Europe. Gone or going were the old economic systems of masters and slaves, lords and serfs. In their places were relatively “free” men and women in the new capitalist system of employers and employees. But the capitalism Marx saw and lived in had not established liberty, equality, fraternity or real democracy. Moreover, it showed few signs of moving in such directions.

Instead, when Karl Marx looked around the Europe of his time, he saw pretty much what emerged, for example in the novels of Charles Dickens (or of Emile Zola, Maxim Gorky, and Jack London). He found an enormous gap between a relatively small part of the population that was well-off, well educated, literate and comfortable, and a mass of agricultural, industrial and service workers who were suffering: poor, uneducated and often illiterate. Marx felt that capitalism had betrayed the promise that had led so many people he admired to support ending feudalism, slavery, etc., with bloody revolutions where needed. Capitalism had failed to deliver liberty, equality, fraternity and democracy.

And so he set himself a goal. “What happened?” was the great question for him. Why did capitalism not keep its promise? Had it tried and failed? And if so, why? The research he undertook, which he and his closest associates then wrote up, comprises Marx’s contribution, his critical understanding of capitalism.

He discovered that the reason why capitalism failed to realize liberty, equality, fraternity and democracy, was that its own structure and social effects were themselves obstacles to realizing those lofty goals. In making that discovery, Marx retained those goals as his own.

Marx eventually drew the conclusion that genuine progress toward achieving liberty, equality, fraternity and democracy required a change of economic system from capitalism to what he called socialism.

The research that led to this conclusion was deeply historical. The history of economic systems before capitalism provided Marx with crucial clues. The two systems on which Marx focused his attention were slavery and feudalism.

Slave economic systems divide the human beings engaged in producing and distributing goods and services into two groups: masters and slaves. Wealth, power and cultural dominance lie exclusively in the hands of the masters. Slaves are the property of masters. In general, slaves do the work of production and distribution while masters mostly supervise the slaves. Past slave societies were shaped, governed and run by the masters, who reproduced the system across time. Masters wanted to stay masters; their children became masters in turn. If you were born into that society as a slave, you almost always remained a slave, and your children would be slaves. In their relationship to masters, slaves partook very little of liberty, equality, fraternity or democracy.

In feudal economic systems, the positions of master and slave disappear and are replaced by lord and serf. In European feudalism, lords supervised and dominated the serfs who did the work, much as the masters had done in relation to slaves. However, while serfs were not property as slaves were, they were born into the social position occupied by their parents, as was the case with slaves.

In relation to slavery and feudalism as economic systems, capitalism was at once different and similar. It was different because the revolutionaries who overthrew previous systems to establish capitalism generally insisted on freeing slaves and serfs from their subordinate position and declaring all free and equal. None could be bound into slave-like or serf-like servitudes; thus they could enjoy liberty from those servitudes.

Capitalism was, however, similar to slavery and feudalism in a central, crucial dimension. Marx establishes this central point early in Volume 1 of Capital as part of his explanation of “exploitation.” In slavery, the slaves produce the goods and services that become entirely – 100% – the immediate property of the master (as is the slave). The master decides whether, when, how, and how much of the slaves’ output will be returned to the slave for the latter’s reproduction (food, clothing, shelter, etc.). This result can be expressed by dividing the length of the slaves’ working days into two portions: one is the portion whose products are returned to the slaves for their consumption. Marx called this the slaves’ “necessary labor.” The second portion of the slaves’ labor yields products kept and used by the master; Marx called this “surplus labor.” It was labor done by slaves beyond that necessary for whatever level of reproduction masters allowed them.

The same sort of reasoning applies to feudalism. There the serf is assigned land to cultivate part of the time and with the proviso that the products of that time on that land are to be kept by the serf for the consumption of his/her family unit. Another portion of the serf’s working time is assigned to be done on the domain of the lord who also keeps the product of that portion. Necessary labor is then what the serf does on the land assigned to him/her, while surplus labor is that portion of the serf’s total labor time deployed on the lord’s domain. Marx referred to slaves and serfs as “exploited” laborers precisely because (and to the extent that) a portion of their labor and its products were appropriated by persons other than the laborers themselves.

Marx’s argument then hits home: capitalism remains like slavery and feudalism because (1) it too divides the participants producing and distributing goods and services into two groups (employers and employees), and (2) it too divides the laborer’s working day into necessary and surplus portions.

It is merely the forms of these divisions that differ among slavery, feudalism and capitalism; the divisions themselves are substantially the same. In capitalism, the employee agrees to work, say for a week, and to receive their pay Friday afternoon. During the week, the employee’s labor contributes to the total product sold by the employer at week’s end. The revenue from that total product sold is composed of one part that equals the cost of the inputs used up in producing that total product; that part is normally used to replace those usedup inputs. The rest of the employer’s revenue is divided into two portions: one is given to the employee as wages, while the other is retained by the employer for their consumption or use. Wages are the products of the laborer’s necessary labor time; revenues retained by the employer are the products of the laborer’s surplus labor time. The “free” laborer of capitalism – the person who sells his/her labor power in exchange for wages – is exploited just like the “unfree” labor of slaves and serfs.

Capitalism, Marx said, never went beyond those economic models where a few dominate a majority. Capitalism just replaced the dichotomies of master/slave and lord/serf with a new one. A dominating and exploiting minority was still there, but it had a new name: employers.

A dominated and exploited majority was still there but with its new name: employees. As had happened with slavery and feudalism, capitalism’s dominant minority played and plays the dominant social role. Employers control the politicians and the direction of social development; they make all key decisions in the workplace; they run the show. The masses of people are subordinated.

Marx showed that one key foundation for capitalism’s failure to realize liberty, equality, fraternity and democracy was the internal organization of the capitalist enterprise. There, a tiny group of people at the top (major owners and top executives) make all the key decisions regarding what, how, and where to produce and what to do with the fruits of their employees’ surplus labor. The employees are systematically excluded from making those decisions, but they must live with the results of those decisions

That’s not democracy; that is its opposite.

Marx died in 1883. In the 135 years since then, his ideas spread to every country on earth. People in very different economic, political and cultural conditions found enormous meaning in what Marx, and later Marxists, wrote, said and did. Every country on the planet includes Marxist organizations, Marxist unions, Marxist newspapers, Marxist societies, Marxist political parties and so on. They all found meaning in Marxism, and they still do.