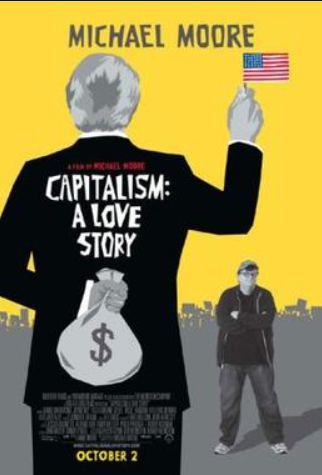 We offer this essay now because of the power and usefulness today of Marx’s criticism of the capitalist economic system. Capitalism has spread since Marx’s time to become today’s global system. Along the way, it changed in many ways. Yet its core remained a particular kind of economic system, uniquely different from the slave, feudal, and other systems of human history. Capitalism’s way of producing and distributing goods and services retains the basic structure, dynamic, flaws and injustices that Marx so acutely criticized.

Why should we pay attention to the great social critics like Marx? Critics see and understand any society differently from its admirers. To understand anything, intelligent people consider society directly but also consider how others see and understand it. Thus, they consider (1) what those people believe who like it, but also (2) what those people believe who don’t like it. From all those considerations, thoughtful conclusions are drawn.

As an example, imagine wanting to understand the family that lives up the road (mama, papa, and their two kids). Let’s suppose we know one kid thinks it’s the greatest family there ever was, and the other one thinks it’s a basket case of psychological dysfunction. To study the family, it would be bizarre to choose to talk to only one child. Basic honesty would require us to talk with both children, ask questions, hear what each has to say, as well as interview and observe the parents and the family together, etc. On the basis of all that we then draw our own conclusions about that family, making the best judgment we can.

So it is with understanding capitalism. It requires that we consider the system directly but also consider the assessments of critics as well as admirers or celebrants.

This process becomes extra difficult when the larger social context is an extremely polarized confrontation between critics and celebrants of capitalism.

We must all acknowledge that words like Marx and Marxism, socialism, communism, and all that, have been scare words for many people for many years. In the US, even before the Cold War erupted, capitalism’s defenders and admirers often demonized capitalism’s critics as dangerous, disloyal, foreign, and/or anti-American, anti-Christian, and so on. Since 1945, Americans were widely taught, encouraged or pressed to view socialism, communism, Marxism, the USSR, etc. with fear, anxiety, and hatred. Therefore, most Americans paid little or no attention to the work of Karl Marx.

Teachers at all levels either ignored that work or subjected it to brief dismissive treatments. Business leaders, journalists, and academics learned (or rather, did not learn) from those teachers and so replicated their ignorance or dismissals of Marx and Marxism. It took the latest crash of capitalism in 2008 to shock many into the realization that capitalism had remained the same old unstable economic system it had always been. Likewise, American capitalism’s rush into extreme inequality undermined the widespread assertion that “capitalism delivers the goods,” or at least exposed that it delivered a lot more to the 1% than to the other 99%. The last few years have thus seen a global renewal of critical attitudes toward capitalism. Those evolved quickly into renewed interest in studying what capitalism’s critics have to say and offer as a systemic alternative. This essay reflects and also seeks to contribute to those renewals.

For the last 200 years, capitalism’s leading critics have been Karl Marx and the diverse tendencies deeply influenced by Marx’s work. In other words, Marxism has been the leading tradition of thought and practice critical of capitalism. It represents the ideas and experiences accumulated across generations around the globe who tried and try to move society beyond capitalism using Marx’s critical insights. Marx and Marxism are as important on the side of criticizing capitalism as Adam Smith, David Ricardo, and John Maynard Keynes are on the side of those who celebrate capitalism.