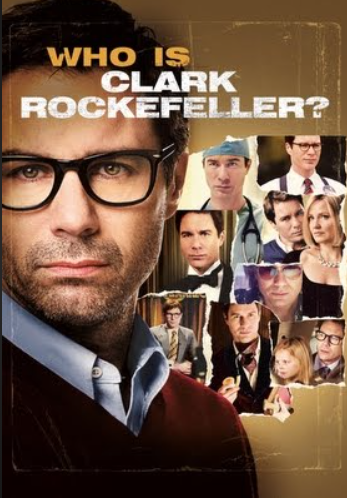 We like to think of ourselves as relatively peaceful and agreeable members of society. We are social animals to the core, and we need to convince ourselves that we are loyal to and cooperative with the communities we belong to. But on occasion, all of us have acted in ways that go against this self-opinion. Perhaps it came in a moment when we felt that our job security was threatened, or that someone was blocking our career advancement. Or perhaps we believed we were not getting the attention and recognition that we deserved for our work.

Or maybe it came in a moment of financial insecurity. Or perhaps it occurred in an intimate relationship in which we felt particularly frustrated in our attempt to get the other to change his or her behavior, or we sensed that he or she was going to abandon us.

Out of frustration, anger, insecurity, fear, or impatience we suddenly found ourselves becoming unusually assertive. We did something a bit extreme to hold on to our job; we tried to push a colleague out of our way; we reached for some dubious scheme to secure easy and fast money; we went too far in trying to get attention; we turned belligerent and controlling with our partner; we became vindictive and attacked someone on social media. In such moments, we crossed a line and became aggressive. Most often, when we act this way, we rationalize our behavior to ourselves and to others: we had no choice; we felt threatened; we were being treated unfairly; people were being unresponsive and harming us; we did not start it. In this way we are able to maintain our self-opinion as the peaceful creatures we imagine ourselves to be.

Although we will rarely notice this, we can also observe a subtler example of our aggressive tendencies coming to the fore. When we face intimidating types who are more aggressive than we are, we often find ourselves acting more submissive than usual, and maybe a bit sycophantic if they have power. But when we face people clearly weaker and meeker than us, often the lion in us unconsciously emerges. Perhaps we decide to help them, but mixed in with this is a feeling of contempt and superiority. We become rather aggressive in trying to help them, ordering their life, being forceful with our advice. Or if we have little sympathy for them, we might feel compelled to use them in some way for our own purposes, and maybe push them around. All of this occurs unconsciously; we generally do not experience this as aggressiveness, but nonetheless, as we compare our inner strength with others’, we cannot help but lower and raise our aggression level.

We can notice this split—between what we think of ourselves and how we actually act at times—in the behavior of our friends, colleagues, and those in the news. In our workplace, inevitably certain people push their way forward and grab more power. Perhaps they take credit for our work, or steal our ideas, or push us off a project, or ally themselves rather vigorously with those in power. We can see on social media the delight people take in feeling outraged, in attacking and bringing down others. We can see the energy with which the press exposes the slightest flaw in those in power, and the feeding frenzy that ensues. We can observe the rampant violence in our films and games, all masquerading as entertainment. And all the while nobody admits to being aggressive. In fact, more than ever people seem so modest and progressive. The split is profound.

What this means is the following: All of us understand that humans have been capable of much violence and aggression in the past and in the present. We know that out there in the world there are sinister criminals, greedy and unscrupulous businesspeople, belligerent negotiators, and sexual aggressors. But we create a sharp dividing line between those examples and us. We have a powerful block against imagining any kind of continuum or spectrum when it comes to our own aggressive moments and those of the more extreme variety in others. We in fact define the word to describe the stronger manifestations of aggression, excluding ourselves. It is always the other who is belligerent, who starts things, who is aggressive.

This is a profound misconception of human nature. Aggression is a tendency that is latent in every single human individual. It is a tendency wired into our species. We became the preeminent animal on this planet precisely because of our aggressive energy, supplemented by our intelligence and cunning. We cannot separate this aggressiveness from the way we attack problems, alter the environment to make our lives easier, fight injustice, or create anything on a large scale. The Latin root of the word aggression means “to step forward,” and when we assert ourselves in this world and try to create or change anything, we are tapping into this energy.

Aggression can serve positive purposes. At the same time, under certain circumstances, this energy can push us into antisocial behavior, into grabbing too much or pushing people around. These positive and negative aspects are two sides of the same coin. And although some individuals are clearly more aggressive than others, all of us are capable of slipping into that negative side. There is a continuum of human aggression, and we are all on the spectrum.

Being unaware of our true nature causes us many problems. We can turn aggressive in the negative sense without realizing what is happening, and then pay the consequences for going too far. Or, feeling uncomfortable with our own assertive impulses and knowing the trouble they can stir, we might try to repress our aggressiveness and appear to be paragons of humility and goodness, only to become more passive-aggressive in our behavior. This energy cannot be denied or repressed; it will emerge in some way. But with awareness, we can begin to control and channel it for productive and positive purposes. To do so, we must understand the source of all human aggression, how it turns negative, and why some people become more aggressive than others.