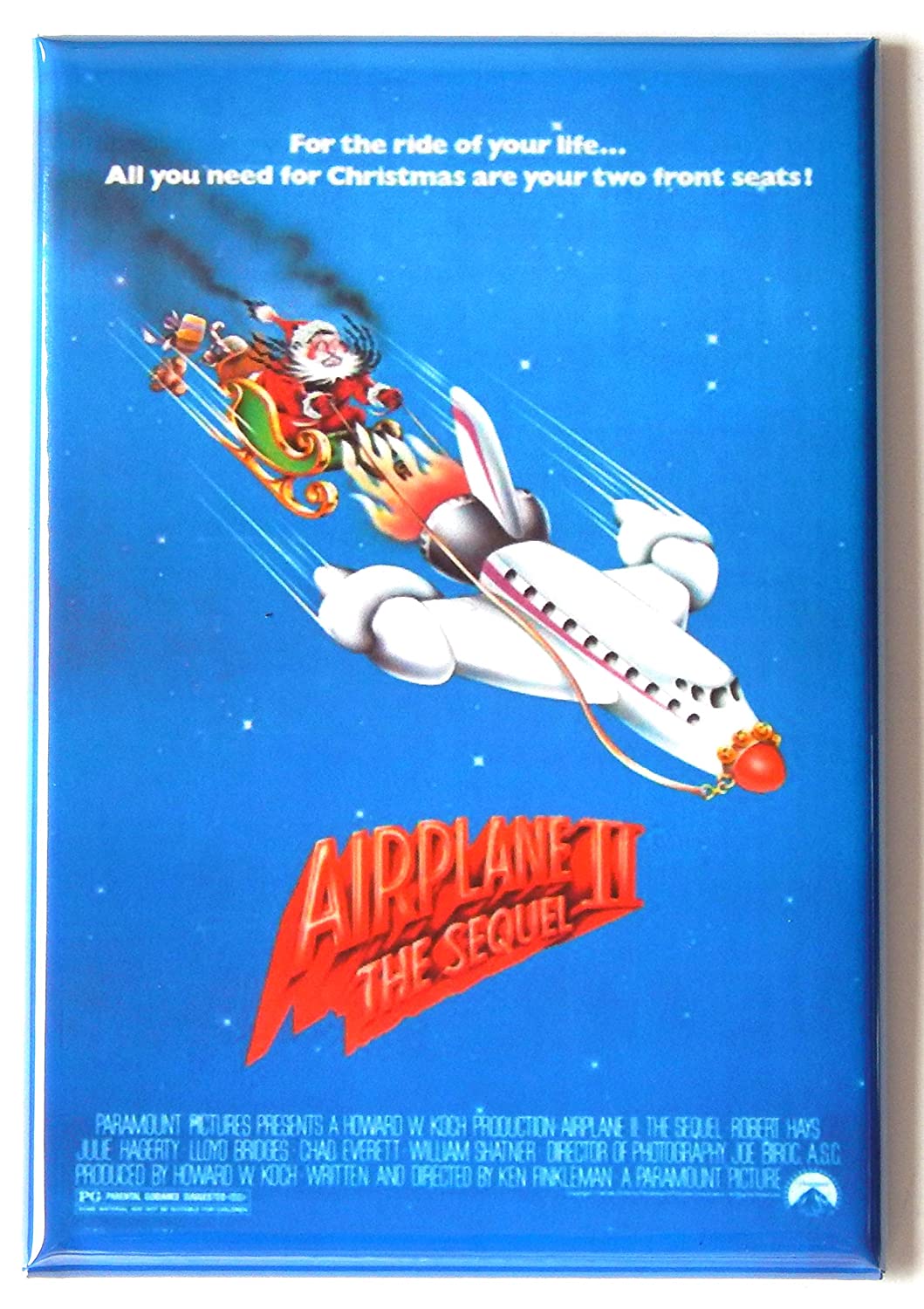 Despite our pronounced irrational tendencies, two factors should give us all hope. First and foremost is the existence throughout history and in all cultures of people of high rationality, the types who have made progress possible. They serve as ideals for all of us to aim for. These include Pericles, the ruler Aśoka of ancient India, Marcus Aurelius of ancient Rome, Marguerite de Valois in medieval France, Leonardo da Vinci, Charles Darwin, Abraham Lincoln, the writer Anton Chekhov, the anthropologist Margaret Mead, and the businessman Warren Buffett, to name but a few. All of these types share certain qualities—a realistic appraisal of themselves and their weaknesses; a devotion to truth and reality; a tolerant attitude toward people; and the ability to

reach goals that they have set.

The second factor is that almost all of us at some point in our lives have experienced moments of greater rationality. This often comes with what we shall call the maker’s mind-set. We have a project to get done, perhaps with a deadline. The only emotion we can afford is excitement and energy. Other emotions simply make it impossible to concentrate. Because we have to get results, we become exceptionally practical. We focus on the work—our mind calm, our ego not intruding. If people try to interrupt or infect us with emotions, we resent it. These moments—as fleeting as a few weeks or hours—reveal the rational self that is waiting to come out. It just requires some awareness and some practice.

The following strategies are designed to help you bring out that inner Pericles or Athena:

Know yourself thoroughly. The Emotional Self thrives on ignorance. The moment you are aware of how it operates and dominates you is the moment it loses its hold on you and can be tamed. Therefore, your first step toward the rational is always inward. You want to catch that Emotional Self in action. For this purpose, you must reflect on how you operate under stress. What particular weaknesses come out in such moments—the desire to please, to bully or control, deep levels of mistrust? Look at your decisions, especially those that have been ineffective—can you see a pattern, an underlying insecurity that impels them? Examine your strengths, what makes you different from other people. This will help you decide upon goals that mesh with your long-term interests and that are aligned with your skills. By knowing and valuing what marks you as different, you will also be able to resist the pull of the group bias and effect.

Examine your emotions to their roots. You are angry. Let the feeling settle from within, and think about it. Was it triggered by something seemingly trivial or petty? That is a sure sign that something or someone else is behind it. Perhaps a more uncomfortable emotion is at the source—such as envy or paranoia. You need to look at this square in the eye. Dig below any trigger points to see where they started. For these purposes, it might be wise to use a journal in which you record your self-assessments with ruthless objectivity. Your greatest danger here is your ego and how it makes you unconsciously maintain illusions about yourself. These may be comforting in the

moment, but in the long run they make you defensive and unable to learn or progress. Find a neutral position from which you can observe your actions, with a bit of detachment and even humor. Soon all of this will become second nature, and when the Emotional Self suddenly rears its head in some situation, you will see it as it happens and be able to step back and find that neutral position.

Increase your reaction time. This power comes through practice and repetition. When some event or interaction requires a response, you must train yourself to step back. This could mean physically removing yourself to a place where you can be alone and not feel any pressure to respond. Or it could mean writing that angry email but not sending it. You sleep on it for a day or two. You do not make phone calls or communicate while feeling some sudden emotion, particularly resentment. If you find yourself rushing to commit to people, to hire or be hired by them, step back and give it a day. Cool the emotions down. The longer you can take the better, because perspective comes with time. Consider this like resistance training— the longer you can resist reacting, the more mental space you have for actual reflection, and the stronger your mind will become.

Accept people as facts. Interactions with people are the major source of emotional turmoil, but it doesn’t have to be that way. The problem is that we are continually judging people, wishing they were something that they are not. We want to change them. We want them to think and act a certain way, most often the way we think and act. And because this is not possible, because everyone is different, we are continually frustrated and upset. Instead, see other people as phenomena, as neutral as comets or plants. They simply exist. They come in all varieties, making life rich and interesting. Work with what they give you, instead of resisting and trying to change them. Make understanding people a fun game, the solving of puzzles. It is all part of the human comedy. Yes, people are irrational, but so are you. Make your acceptance of human nature as radical as possible. This will calm you down and help you observe people more dispassionately, understanding them on a deeper level. You will stop projecting your own emotions on to them. All of this will give you more balance and calmness, more mental space for thinking.

It is certainly difficult to do this with the nightmare types who cross our path—the raging narcissists, the passive aggressors, and other inflamers. They remain a continual test to our rationality. Look at the Russian writer Anton Chekhov, one of the most fiercely rational people who ever lived, as the model for this. His family was large and poor, and his father, an alcoholic, mercilessly beat all of the children, including young Chekhov. Chekhov became a doctor and took up writing as a side career. He applied his training as a doctor to the human animal, his goal to understand what makes us so irrational, so unhappy, and so dangerous. In his stories and plays, he found it immensely therapeutic to get inside his characters and make sense of even the worst types. In this way, he could forgive anybody, even his father. His approach in these cases was to imagine that each person, no matter how twisted, has a reason for what they’ve become, a logic that makes sense to them. In their own way, they are striving for fulfillment, but irrationally. By stepping back and imagining their story from the inside, Chekhov demythologized the brutes and aggressors; he cut them down to human size. They no longer elicited hatred but rather pity. You must think more like a writer in approaching the people you deal with, even the worst sorts.

Find the optimal balance of thinking and emotion. We cannot divorce emotions from thinking. The two are completely intertwined. But there is inevitably a dominant factor, some people more clearly governed by emotions than others. What we are looking for is the proper ratio and balance, the one that leads to the most effective action. The ancient Greeks had an appropriate metaphor for this: the rider and the horse.

The horse is our emotional nature continually impelling us to move. This horse has tremendous energy and power, but without a rider it cannot be guided; it is wild, subject to predators, and continually heading into trouble. The rider is our thinking self. Through training and practice, it holds the reins and guides the horse, transforming this powerful animal energy into something productive. The one without the other is useless. Without the rider, no directed movement or purpose. Without the horse, no energy, no power. In most people the horse dominates, and the rider is weak. In some people the rider is too strong, holds the reins too tightly, and is afraid to occasionally let the animal go into a gallop. The horse and rider must work together. This means we consider our actions beforehand; we bring as much thinking as possible to a situation before we make a decision. But once we decide what to do, we loosen the reins and enter action with boldness and a spirit of adventure. Instead of being slaves to this energy, we channel it. That is the essence of rationality.

As an example of this ideal in action, try to maintain a perfect balance between skepticism (rider) and curiosity (horse). In this mode you are skeptical about your own enthusiasms and those of others. You do not accept at face value people’s explanations and their application of “evidence.” You look at the results of their actions, not what they say about their motivations. But if you take this too far, your mind will close itself off from wild ideas, from exciting speculations, from curiosity itself. You want to retain the elasticity of spirit you had as a child, interested in everything, while retaining the hard-nosed need to verify and scrutinize for yourself all ideas and beliefs. The two can coexist. It is a balance that all geniuses possess.

Love the rational. It is important to not see the path to rationality as something painful and ascetic. In fact, it brings powers that are immensely satisfying and pleasurable, much deeper than the more manic pleasures the world tends to offer us. You have felt this in your own life when absorbed in a project, time flowing by, and experiencing occasional bursts of excitement as you make discoveries or progress in your work. There are other pleasures as well. Being able to tame the Emotional Self leads to an overall calmness and clarity. In this state of mind you are less consumed by petty conflicts and considerations. Your actions are more effective, which also leads to less turmoil. You have the immense satisfaction of mastering yourself in a deep way. You have more mental space to be creative. You feel more in control.

Knowing all of this, it will become easier to motivate yourself to develop this power. In this sense, you are following the path of Pericles himself. He envisioned the goddess Athena embodying all of the practical powers of rationality. He worshipped and loved this goddess above all others. We may no longer venerate the goddess as a deity, but we can appreciate on a deep level all of those who promote rationality in our own world, and we can seek to internalize their power as much as we can.