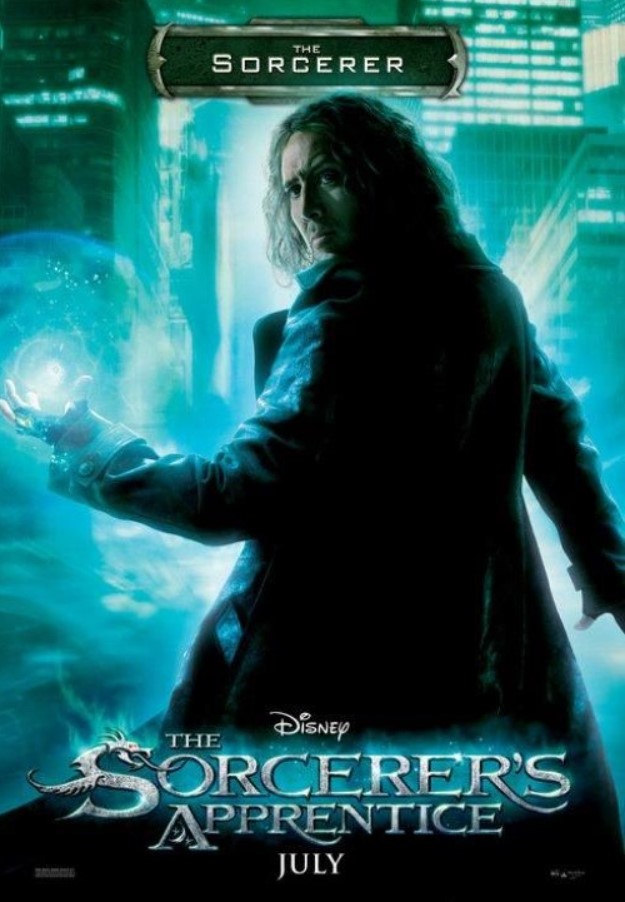 The two real fathers of Israeli hi-tech are the Arab boycott and Charles de Gaulle, because they forced on us the need
to go and develop an industry. YOSSI VARDI

THROUGHOUT THIS BOOK, we’ve pointed to the ways the IDF’s improvisational and antihierarchical culture follows Israelis into their start-ups and has shaped Israel’s economy. This culture, when combined with the technological wizardry Israelis acquire in elite military units and from the state-run defense industry, forms a potent mixture. But there was nothing normal about the birth of Israel’s defense industry. It was unheard-of for a country so small to have its own indigenous military-industrial complex. Its origins are rooted in a dramatic, overnight betrayal by a close ally.

The best way to understand Israel’s watershed moment is through a shock to Americans that had a similar effect. During the postwar boom years, America’s global status was suddenly punctured when the Soviet Union upstaged the
United States by launching the first space satellite—Sputnik 1. That the Soviets could pull ahead in the space race stunned most Americans. But in retrospect, it was a boon for the U.S. economy.

Innovation economist John Kao says that Sputnik “was a wake-up call, and America answered it. We revised school curricula to emphasize the teaching of science and math. We passed the $900 million National Defense Education Act
(about $6 billion in today’s dollars), providing scholarships, student loans, and scientific equipment for schools.” NASA and the Apollo program were created, as was a powerful new Pentagon agency dedicated to galvanizing the civilian R&D community.

A little over a decade later, Neil Armstrong stepped onto the moon. The Apollo program and the Pentagon’s related defense investments spurred a generation of new discoveries that were ultimately commercialized, with a transformative impact on the economy. This concerted research and development campaign gave birth to entirely new business sectors within avionics and telecommunications, as well as the Internet itself, and became a legacy of
America’s response to Sputnik.

Israel had its own Sputnik moment, ten years after America’s. On the eve of the 1967 Six-Day War, Charles de Gaulle taught Israel an invaluable lesson about the price of dependence.

De Gaulle, a founder of France’s Fifth Republic, had been in and out of senior military and government positions since World War II and served as president from 1959 to 1969. After Israel’s independence, de Gaulle had forged an alliance
with the Jewish state and nurtured what Israeli leaders believed to be a deep personal friendship. The alliance included a French supply of critical military equipment and fighter aircraft, and even a secret agreement to cooperate in the
development of nuclear weapons.

Like many small states, Israel preferred to buy large weapon systems from other countries, rather than devote the tremendous resources needed to produce them. But in May 1950, the United States, Britain, and France jointly issued the Tripartite Declaration to limit arms sales to the Middle East.

With no ready supply from abroad, Israel had already begun its arms industry with underground bullet and gun factories. One factory was literally hidden underground, beneath a kibbutz laundry; the machines were kept running to
mask the banging noise from below. This factory, built with war-surplus tools smuggled from the United States, was producing hundreds of machine guns daily by 1948. Makeshift factories were supplemented by scattershot gunrunning
across the globe. David Ben-Gurion had sent emissaries abroad to collect weapons as far back as the 1930s. In 1936, for example, Yehuda Arazi managed to stuff rifles into a steam boiler headed from Poland to the port of Haifa. In 1948, he posed as an ambassador from Nicaragua to negotiate the purchase of five old French mounted guns.

The Israelis got by on these banana republic schemes until 1955, when the Soviet Union, via Czechoslovakia, ignored the leaky Tripartite Declaration and made a massive $250 million arms sale to Egypt. In response, de Gaulle took the
other side. In April 1956, he began to transfer large quantities of modern arms to Israel. The tiny state finally had a reliable and first-rate national arms supplier.

After Egypt nationalized the Suez Canal in 1956, the relationship only deepened. France relied on the Suez for sea transport from the region to Europe. The IDF helped guarantee French access to the Suez, and France in return
showered Israel with more arms. The supply only grew as the French and the Israelis colluded on more and more operations. De Gaulle’s spy agency enlisted Israel’s help in undermining anti-French resistance in Algeria, one of France’s colonial strongholds. In 1960, France promised to supply Israel with two hundred AMX-13 tanks and seventy-two Mystère fighter jets over the next ten years.

But on June 2, 1967, three days before Israel was to launch a preemptive attack against Egypt and Syria, de Gaulle cut Israel off cold. “France will not give its approval to—and still less, support—the first nation to use weapons,” he told his
cabinet.

But there was more to de Gaulle’s decision than trying to defuse a Middle East war. New circumstances called for new French alliances. By 1967, France had withdrawn from Algeria. With his long and bitter North African war behind him,
de Gaulle’s priority was now rapprochement with the Arab world. It was no longer in France’s interest to side with Israel. “Gaullist France does not have friends, only interests,” the French weekly Le Nouvel Observateur remarked at the
time.

De Gaulle’s successor, Georges Pompidou, continued the new policy after his own election in 1969. The two hundred AMX tanks France had originally committed to Israel were to be rerouted to Libya, and France even sent fifty
Mirage jet fighters Israel had already paid for to Syria, one of Israel’s fiercest enemies.

The Israelis quickly pursued stopgap measures. Israeli Air Force founder Al Schwimmer personally recruited a sympathetic Swiss engineer to give him the blueprints to the Mirage engine, so Israel could copy the French fighter. Israel also returned to its pre-state smuggling exploits. In one mission in 1969, five Israelimanned gunboats battled twenty-foot waves on a three-thousand-mile race from France to Israel; these naval vessels, worth millions of dollars, had been promised to Israel before the new embargo. As Time magazine colorfully described it in 1970: “Not since Bismarck has there been such a sea hunt. . . . At various points, [the Israelis] were tracked by French reconnaissance planes, an R.A.F. Canberra from Malta, Soviet tankers, the radar forests of the U.S. Sixth Fleet, television cameramen and even Italian fishermen.”

These shenanigans, however, could not compensate for the hard truth: the Middle East arms race was accelerating just at the moment that Israel had lost its most indispensable arms and aircraft supplier. The 1967 French embargo put
Israel in an extremely vulnerable position.

Prior to the 1967 war, the United States had already begun to sell weapons systems to Israel, starting with the transfer of Hawk surface-to-air missiles by the Kennedy administration in 1962. Jerusalem’s first choice, then, was for the
United States to take France’s place as Israel’s main arms supplier. But the French betrayal had built a consensus in Israel that it could no longer rely so heavily on foreign arms suppliers. Israel decided that it must move quickly to produce major weapons systems, such as tanks and fighter aircraft, even though no other small country had successfully done so.

This drive for independence produced the Merkava tank, first released in 1978 and now in its fourth generation. It also led to the Nesher—Israel’s version of the Mirage aircraft—and then to the Kfir, first flown in 1973.

The most ambitious project of all, however, was to produce the Lavi fighter jet, using American-made engines. The program was jointly funded by Israel and the United States. The Lavi was designed not only to replace the Kfir but to become one of the top-line fighters in the world.

The Lavi went into full-scale development in 1982; on the last day of 1986, the first plane took its inaugural test flight. But in August 1987, after billions of dollars had been spent to build five planes, mounting pressure in both Israel and
the United States led to the program’s cancellation, first by the U.S. Congress and then by a 12–11 vote in the Israeli cabinet.

Many years later, the project and its cancellation still remain controversial: some people believe that it was an impossibly ambitious boondoggle from the beginning, while others claim that it was a great opportunity missed. In a 1991 article in Flight International magazine, published during Operation Desert Storm, an editor wrote about his experience flying the Lavi back in 1989: “Now when the coalition forces fight in the Gulf they miss the aircraft they really need. It’s a real shame that I had to fly the world’s best fighter knowing it would never get into
service.”

Even though the program was canceled, the Lavi’s development had significant military reverberations. First, the Israelis had made an important psychological breakthrough: they had demonstrated to themselves, their allies, and their adversaries that they were not dependent on anyone else to provide one of the most basic elements for national survival—an advanced fighter aircraft program. Second, in 1988 Israel joined a club of only about a dozen nations that
had launched satellites into space—an achievement that would have been unlikely without the technological know-how accumulated during the Lavi’s development. And third, although the Lavi was canceled, the billions invested in
the program brought Israel to a new level in avionic systems and, in some ways, helped jump-start the high-tech boom to come. When the program shut down, its fifteen hundred engineers were suddenly out of jobs. Some of them left the
country, but most did not, resulting in a large infusion of engineering talent from the military industries into the private sector. The tremendous technological talent that had been concentrated on one aircraft was suddenly unleashed into
the economy.

Yossi Gross, one of the Lavi’s engineers, was born in Israel. His mother, who’d survived Auschwitz, emigrated from Europe after the Holocaust. As a student in Israel, Gross trained in aeronautical engineering at the Technion and then
worked at Israel Aircraft Industries (IAI) for seven years.

Gross, a test-flight engineer at IAI, began in the design department. When he came up with a new idea for the landing gear, he was told by his supervisors to not bother them with innovations but to simply copy the American F-16. “I was
working in a large company with twenty-three thousand employees, where you can’t be creative,” he recalled.

Shortly before the Lavi’s cancellation, Gross decided to leave not only IAI but the whole aeronautics field. “In aerospace, you can’t be an entrepreneur,” he explained. “The government owns the industry, and the projects are huge. But I learned a lot of technical things there that helped me immensely later on.”

This former flight engineer went on to found seventeen start-ups and develop over three hundred patents. So, in a sense, Yossi Gross should thank France. Charles de Gaulle hardly intended to help jump-start the Israeli technology scene. Yet by convincing Israelis that they could not rely on foreign weapons systems, de Gaulle’s decision made a pivotal contribution to Israel’s economy. The major increase in military R&D that followed France’s boycott of Israel gave a generation of Israeli engineers remarkable experience. But it would not have catalyzed Israel’s start-up hothouse if it had not been combined with something else: a profound interdisciplinary approach and a willingness to try anything, no matter how destabilizing to societal norms.