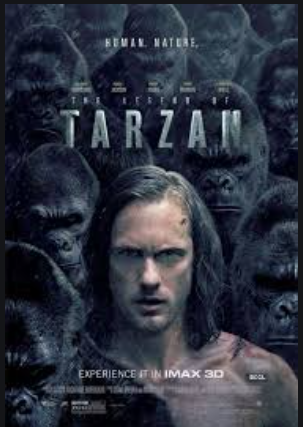 Exclusive use of induction often resulted in the accumulation of isolated knowledge and information that made little contribution to the advancement of knowledge. Furthermore, people found that many problems could not be solved by induction alone. In the 19th century, scholars began to integrate the most important aspects of the inductive and deductive methods into a new technique, namely the inductive–deductive method, or the scientific approach. This approach differs from inductive reasoning in that it uses hypotheses. A hypothesis is a statement describing relationships among variables that is tentatively assumed to be true. It identifies observations to be made to investigate a question.

Charles Darwin, in developing his theory of evolution, is generally recognized as the first to apply this method in the pursuit of knowledge. Darwin reported that he spent a long time making biological observations, hoping to establish some generalizations concerning evolution. In the following passage, he describes how he arrived at a new approach:

My first note-book (on evolution) was opened in July 1837. I worked on true Baconian principles, and without any theory collected facts on a wholesale scale, more especially with respect to domesticated productions, by printed enquiries, by conversation with skillful breeders and gardeners, and by extensive reading. When I see the list of books of all kinds which I read and abstracted, including whole series of Journals and Transactions, I am surprised at my industry. I soon perceived that selection was the keystone of man’s success in making useful races of animals and plants. But how selection would be applied to organisms living in a state of nature remained for some time a mystery to me. In October 1838, that is, fifteen months after I had begun my systematic enquiry, I happened to read for amusement “Malthus on Population,” and being well prepared to appreciate the struggle for existence which everywhere goes on from long-continued observation of the habits of animals and plants, it at once struck me that under these circumstances favourable variations would tend to be preserved, and unfavourable ones to be destroyed. The result of this would be the formation of new species. Here then I had at last got a theory by which to work. (Darwin, 2007, p. 68).

Darwin’s procedure, involving only observation, was unproductive until reading and further thought led him to formulate a tentative hypothesis to explain the facts that he had gathered through observation. He then proceeded to test this hypothesis by making deductions from it and gathering additional data to determine whether these data would support the hypothesis. From this method of inquiry, Darwin was able to develop his theory of evolution. This use of both inductive and deductive reasoning is characteristic of modern scientific inquiry.

The scientific approach is generally described as a method of acquiring knowledge in which investigators move inductively from their observations to hypotheses and then deductively from the hypotheses to the logical implications of the hypotheses. They deduce the consequences that would follow if a hypothesized relationship were valid. If the deduced implications are compatible with the organized body of accepted knowledge, researchers then further test them by gathering empirical data. On the basis of the evidence, they accept or reject the hypotheses.

The use of hypotheses is the principal difference between the scientific approach and inductive reasoning. In inductive reasoning, you make observations first and then organize the information gained. In the scientific approach, you reason what you would fi nd if a hypothesis were true and then you make systematic observations to confirm (or fail to confi rm) the hypothesis.

An Example of The Scientific Approach

In a classic example, award-winning author Robert Pirsig provides a vivid and succinct description of the scientific approach by comparing it to the process of maintaining a motorcycle in good working order:

Deductive inferences do the reverse. They start with general knowledge and predict a specific observation. For example, if, from reading the hierarchy of facts about the machine, the mechanic knows the horn of the cycle is powered exclusively by electricity from the battery, then he can logically infer that if the battery is dead the horn will not work. That is deduction.

Solution of problems too complicated for common sense to solve is achieved by long strings of mixed inductive and deductive inferences that weave back and forth between the observed machine and the mental hierarchy of the machine found in the manuals. The correct program for this interweaving is formalized as scientific method.

Actually I’ve never seen a cycle-maintenance problem complex enough really to require full-scale formal scientific method. Repair problems are not that hard. When I think of formal scientific method an image sometimes comes to mind of an enormous juggernaut, a huge bulldozer—slow, tedious, lumbering, laborious, but invincible. It takes twice as long, five times as long, maybe a dozen times as long as informal mechanic’s techniques, but you know in the end you’re going to get it. There’s no fault isolation problem in motorcycle maintenance that can stand up to it. When you’ve hit a really tough one, tried everything, racked your brain and nothing works, and you know that this time Nature has really decided to be difficult, you say, “Okay, Nature, that’s the end of the nice guy,” and you crank up the formal scientific method.

For this you keep a lab notebook. Everything gets written down, formally, so that you know at all times where you are, where you’ve been, where you’re going, and where you want to get. In scientific work and electronics technology this is necessary because otherwise the problems get so complex you get lost in them and confused and forget what you know and what you don’t know and have to give up. In cycle maintenance things are not that involved, but when confusion starts it’s a good idea to hold it down by making everything formal and exact. Sometimes just the act of writing down the problems straightens out your head as to what they really are.

The real purpose of scientific method is to make sure Nature hasn’t misled you into thinking you know something you don’t actually know. There’s not a mechanic or scientist or technician alive who hasn’t suffered from that one so much that he’s not instinctively on guard. That’s the main reason why so much scientific and mechanical information sounds so dull and so cautious. If you get careless or go romanticizing scientific information, giving it a flourish here and there, Nature will soon make a complete fool out of you. It does it often enough anyway even when you don’t give it opportunities. One must be extremely careful and rigidly logical when dealing with Nature: one logical slip and an entire scientific edifice comes tumbling down. One false deduction about the machine and you can get hung up indefinitely.

This careful approach to the beginning questions keeps you from taking a major wrong turn which might cause you weeks of extra work or can even hang you up completely. Scientific questions often have a surface appearance of dumbness for this reason. They are asked in order to prevent dumb mistakes later on.

Part Three, that part of formal scientific method called experimentation, is sometimes thought of by romantics as all of science itself because that’s the only part with much visual surface. They see lots of test tubes and bizarre equipment and people running around making discoveries. They do not see the experiment as part of a larger intellectual process and so they often confuse experiments with demonstrations, which look the same. A man conducting a gee-whiz science show with fi fty thousand dollars’ worth of Frankenstein equipment is not doing anything scientific if he knows beforehand what the results of his efforts are going to be. A motorcycle mechanic, on the other hand, who honks the horn to see if the battery works is informally conducting a true scientific experiment. He is testing a hypothesis by putting the question to Nature. The TV scientist who mutters sadly, “The experiment is a failure; we have failed to achieve what we had hoped for,” is suffering mainly from a bad scriptwriter. An experiment is never a failure solely because it fails to achieve predicted results. An experiment is a failure only when it also fails adequately to test the hypothesis in question, when the data it produces don’t prove anything one way or another.

Skill at this point consists of using experiments that test only the hypothesis in question, nothing less, nothing more. If the horn honks, and the mechanic concludes that the whole electrical system is working, he is in deep trouble. He has reached an illogical conclusion. The honking horn only tells him that the battery and horn are working. To design an experiment properly he has to think very rigidly in terms of what directly causes what. This you know from the hierarchy.

The horn doesn’t make the cycle go. Neither does the battery, except in a very indirect way. The point at which the electrical system directly causes the engine to fire is at the spark plugs, and if you don’t test here, at the output of the electrical system, you will never really know whether the failure is electrical or not.

To test properly, the mechanic removes the plug and lays it against the engine so that the base around the plug is electrically grounded, kicks the starter lever, and watches the spark-plug gap for a blue spark. If there isn’t any he can conclude one of two things: (a) There is an electrical failure or (b) his experiment is sloppy. If he is experienced he will try it a few more times, checking connections, trying every way he can think of to get that plug to fire. Then, if he can’t get it to fire, he finally concludes that a is correct, there’s an electrical failure, and the experiment is over. He has proved that his hypothesis is correct.

An untrained observer will see only physical labor and often get the idea that physical labor is mainly what the mechanic does. Actually the physical labor is the smallest and easiest part of what the mechanic does. By far the greatest part of his work is careful observation and precise thinking. That is why mechanics sometimes seem so taciturn and withdrawn when performing tests. They don’t like it when you talk to them because they are concentrating on mental images, hierarchies, and not really looking at you or the physical motorcycle at all. They are using the experiment as part of a program to expand their hierarchy of knowledge of the faulty motorcycle and compare it to the correct hierarchy in their mind. They are looking at underlying form.

In Pirsig’s narrative, we see five steps that are typical in scientific inquiry:

1. Identification of the problem. The first step is the realization that a problem exists. The problem may involve a question about something, a discrepancy in findings, or a gap in knowledge. In Pirsig’s example, the fact that the motorcycle did not start constituted the problem.

3. Formulation of hypotheses. The investigator formulates hypotheses about possible solutions of the problem. In the example, the first hypothesis was that the motorcycle did not start because of trouble in the electrical system.

4. Prediction of consequences. The investigator next predicts the consequences of each hypothesis; that is, what should result if the data support the hypothesis.

Gribbin (1999) summed up the scientific process with the following quote from Richard Feynman, one of the great physicists of the 20th century: