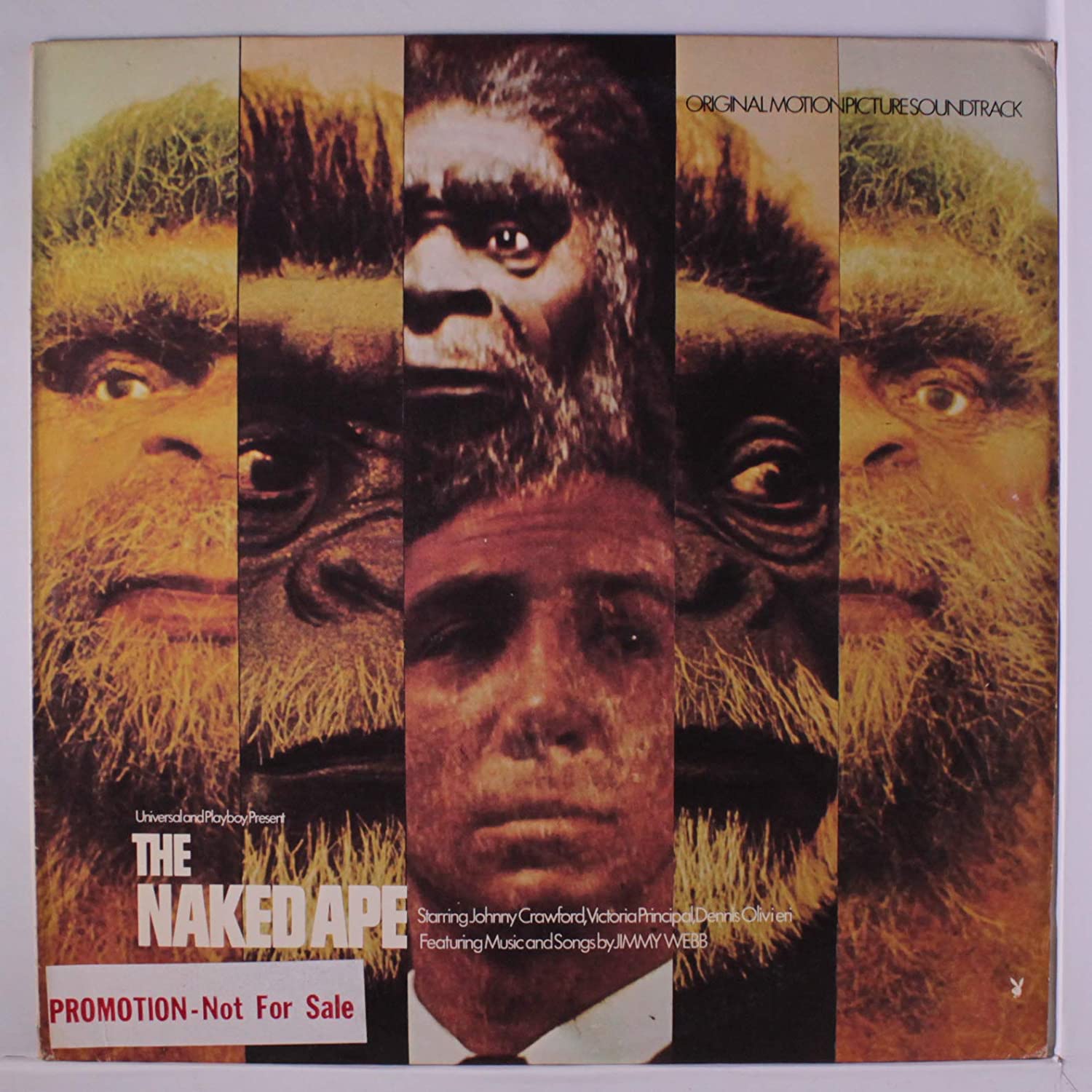 My son figured out that he was naked well before he was three. He wanted to dress himself. He kept the washroom door firmly shut. He didn’t appear in public without his clothes. I couldn’t for the life of me see how this had anything to do with his upbringing. It was his own discovery, his own realization, and his own choice of reactions. It looked built in, to me.

What does it mean to know yourself naked—or, potentially worse, to know yourself and your partner naked? All manner of terrible things—expressed in the rather horrifying manner, for example, of the Renaissance painter Hans Baldung Grien, whose painting inspired the illustration that begins this chapter. Naked means vulnerable and easily damaged. Naked means subject to judgment for beauty and health. Naked means

unprotected and unarmed in the jungle of nature and man. This is why Adam and Eve became ashamed, immediately after their eyes were opened. They could see—and what they first saw was themselves. Their faults stood out. Their vulnerability was on display. Unlike other mammals, whose delicate abdomens are protected by the armour-like expanse of their backs, they were upright creatures, with the most vulnerable parts of their body presented to the world. And worse was to come. Adam and Eve made themselves

loincloths (in the International Standard Version; aprons in the King James Version) right away, to cover up their fragile bodies—and to protect their egos. Then they promptly skittered off and hid. In their vulnerability, now fully realized, they felt unworthy to stand before God.

If you can’t identify with that sentiment, you’re just not thinking. Beauty shames the ugly. Strength shames the weak. Death shames the living—and the Ideal shames us all. Thus we fear it, resent it—even hate it (and, of course, that’s the theme next examined in Genesis, in the story of Cain and Abel). What are we to do about that? Abandon all ideals of beauty, health, brilliance and strength? That’s not a good solution. That would merely ensure that we would feel ashamed, all the time—and that we would even more justly deserve it. I don’t want women who can stun by their mere presence to disappear just so

that others can feel unselfconscious. I don’t want intellects such as John von Neumann’s to vanish, just because of my barely-grade-twelve grasp of mathematics. By the time he was nineteen, he had redefined numbers. Numbers! Thank God for John von Neumann! Thank God for Grace Kelly and Anita Ekberg and Monica Bellucci! I’m proud to feel unworthy in the presence of people like that. It’s the price we all pay for aim, achievement and ambition. But it’s also no wonder that Adam and Eve covered themselves up.

The next part of the story is downright farcical, in my opinion, although it’s also tragic and terrible. That evening, when Eden cools down, God goes out for His evening stroll. But Adam is absent. This puzzles God,who is accustomed to walking with him. “Adam,” calls God, apparently forgetting that He can see through bushes, “Where are you?” Adam immediately reveals himself, but badly: first as a neurotic; then, as a ratfink. The creator of all the universe calls, and Adam replies: “I heard you, God. But I was naked, and hid.” What does this mean? It means that people, unsettled by their vulnerability, eternally fear to tell the truth, to mediate between chaos and order, and to manifest their destiny. In other words, they are afraid to walk with God. That’s not particularly admirable, perhaps, but it’s certainly understandable. God’s a judgmental father. His standards are high. He’s hard to please.

God says, “Who told you that you were naked? Did you eat something you weren’t supposed to?” And Adam, in his wretchedness, points right at Eve, his love, his partner, his soul-mate, and snitches on her. And then he blames God. He says, “The woman, whom you gave to me, she gave it to me (and then I ate it).” How pathetic—and how accurate. The first woman made the first man self-conscious and resentful. Then the first man blamed the woman. And then the first man blamed God. This is exactly how every spurned male feels, to this day. First, he feels small, in front of the potential object of hislove, after she denigrates his reproductive suitability. Then he curses God for making her so bitchy, himself so useless (if he has any sense) and Being itself so deeply flawed. Then he turns to thoughts of revenge. How thoroughly contemptible (and how utterly understandable). At least the woman had the serpent to blame, and it later turns out that

snake is Satan himself, unlikely as that seems. Thus, we can understand and sympathize with Eve’s error. She was deceived by the best. But Adam! No one forced his words from his mouth.

Unfortunately, the worst isn’t over—for Man or Beast. First, God curses the serpent, telling him that he will now have to slither around, legless, forever in peril of being stomped on by angry humans. Second, He tells the woman that she will now bring forth children in sorrow, and desire an unworthy, sometimes resentful man, who will in consequence lord her biological fate over her, permanently. What might this mean? It

could just mean that God is a patriarchal tyrant, as politically motivated interpretations of the ancient story insist. I think it’s—merely descriptive. Merely. And here is why: As human beings evolved, the brains that eventually gave rise to self-consciousness expanded tremendously. This produced an evolutionary arms race between fetal head and female pelvis. The female graciously widened her hips, almost to the point where running would no longer be possible. The baby, for his part, allowed himself to be born more than a year early, compared to other mammals of his size, and evolved a semi-collapsible head. This was and is a painful adjustment for both. The essentially fetal baby is almost completely dependent on his mother for everything during that first year. The programmability of his massive brain means that he must be trained until he is eighteen (or thirty) before being pushed out of the nest. This is to say nothing of the woman’s

consequential pain in childbirth, and high risk of death for mother and infant alike. This all means that women pay a high price for pregnancy and child-rearing, particularly in the early stages, and that one of the inevitable consequences is increased dependence upon the sometimes unreliable and always problematic good graces of men.

After God tells Eve what is going to happen, now that she has awakened, He turns to Adam—who, along with his male descendants, doesn’t get off any easier. God says something akin to this: “Man, because you attended to the woman, your eyes have been opened. Your godlike vision, granted to you by snake, fruit and lover, allows you to see far, even into the future. But those who see into the future can also eternally see trouble coming, and must then prepare for all contingencies and possibilities. To do that, you will

have to eternally sacrifice the present for the future. You must put aside pleasure for security. In short: you will have to work. And it’s going to be difficult. I hope you’re fond of thorns and thistles, because you’re going to grow a lot of them.”

And then God banishes the first man and the first woman from Paradise, out of infancy, out of the unconscious animal world, into the horrors of history itself. And then He puts cherubim and a flaming sword at the gate of Eden, just to stop them from eating the Fruit of the Tree of Life. That, in particular, appears rather mean-spirited. Why not just make the poor humans immortal, right away? Particularly if that is your plan for the ultimate future, anyway, as the story goes? But who would dare to question God?

And so we return to our original query: Why would someone buy prescription medication for his dog, and then so carefully administer it, when he would not do the same for himself? Now you have the answer, derived from one of the foundational texts of mankind. Why should anyone take care of anything as naked, ugly, ashamed, frightened, worthless, cowardly, resentful, defensive and accusatory as a descendant of

Adam? Even if that thing, that being, is himself? And I do not mean at all to exclude women with this phrasing.

All the reasons we have discussed so far for taking a dim view of humanity are applicable to others, as much as to the self. They’re generalizations about human nature; nothing more specific. But you know so much more about yourself. You’re bad enough, as other people know you. But only you know the full range of your secret transgressions, insufficiencies and inadequacies. No one is more familiar than you with all the ways your mind and body are flawed. No one has more reason to hold you in contempt, to see you as pathetic—and by withholding something that might do you good, you can punish

yourself for all your failings. A dog, a harmless, innocent, unselfconscious dog, is clearly more deserving.

But if you are not yet convinced, let us consider another vital issue. Order, chaos, life, death, sin, vision, work and suffering: that is not enough for the authors of Genesis, nor for humanity itself. The story continues, in all its catastrophe and tragedy, and the people involved (that’s us) must contend with yet another painful awakening. We are next fated to contemplate morality itself.