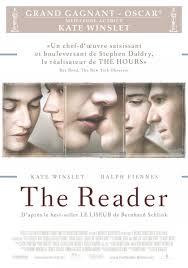 After the war, during the late 1940s and early 1950s, the shortage of civilian goods in the United States made production a top priority. In most companies, quality remained the province of the specialist. Quality was not a priority of top managers, who delegated this responsibility to quality managers. Top management showed little interest in quality improvement or the prevention of defects and errors, relying instead on mass inspection.

During this time, two U.S. consultants, Dr. Joseph Juran and Dr. W. Edward Deming, introduced statistical quality control techniques to the Japanese to aid them in their rebuilding efforts. A significant part of their educational activity was focused on upper management, rather than quality throughout their organizations and developed a culture of continuous improvement (sometimes referred to by the Japanese term kaizen, pronounced ki-zen). Back in 1951, the Union of Japanese Scientists and Engineers (JUSE) instituted the Deming Prize to reward individuals and organizations who meet stringent criteria for quality management practice.

Improvements in Japanese products were slow and steady; some 20 years passed before the quality of Japanese products exceeded that of Western manufracturers. By the 1970s, primarily due to the higher quality levels of their products, Japanese companies’ penetration into Western markets was significant. Hewlett- Packard reported one of the more startling facts in 1980. In testing 300,000 16k RAM chips from three U.S. and three Japanese manufactures, Hewlett-Packard found that the Japanese chips had an incoming failure rate of zero failures per 1,000 compared to rates of 11 and 19 for the U.S. chips. After 1,000 hours of use, the failure rate of the U.S. chips was up to 27 times higher. In a few short years, the Japanese made major inroads into a market previously dominated by American companies. The automobile industry provides another, more publicized, example. The June 8, 1987, Business Week special report on quality noted that the number of problems reported per 100 domestic models (1987) in the first 60 to 90 days of ownership averaged between 162 and 180. Comparable figures for Japanese and German automobiles were 129 and 152, respectively. In the 1980’s the U.S. steel, consumer electronics, and even banking industries also were victims of global competition. U.S. business recognized the crisis.