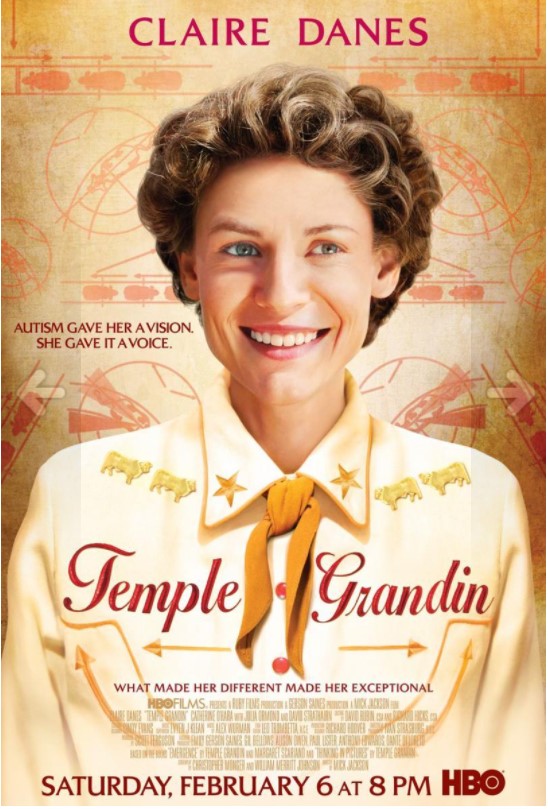 Some people do not become aware of inclinations or future career paths in their childhood, but instead are made painfully aware of their limitations. They are not good at what others seem to find easy or manageable. The idea
of a calling in life is alien to them. In some cases, they internalize the judgments and criticisms of others, and come to see themselves as essentially deficient. If they are not careful, this can become a self-fulfilling prophecy. Nobody faced this fate more powerfully than Temple Grandin. In 1950, at the age of three, Temple Grandin was diagnosed with autism. A doctor had suggested she be institutionalized for the rest of her life. Through the help of speech therapists, she was able to avoid such a fate and attend regular school. She slowly developed an intense interest in animals
and in autism itself. This led to a career in the sciences. With her exceptional reasoning powers, she has been able to throw light on the phenomenon of autism and explain it in a way no one else has been able to. Somehow, she had managed to overcome all of the seemingly insurmountable obstructions in her path and find her way to the Life’s Task
that suited her to perfection. When you confront your limitations, you are moved to respond in some way that is creative. And as it was for Temple Grandin, it may be in a way that no one else has done or even thought of before.

Daily Law: Confront one of your limitations—one of the obstructions in your path— today. Break beyond it, climb over it, think your way around it. Don’t run from it. It was created for you.