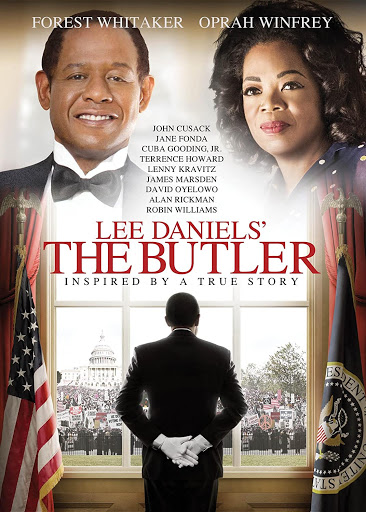 In late 1857, Maurice B. Clark, a twenty-eight-year-old Englishman living in Cleveland, Ohio, made the most important decision yet in his young life: he would quit his comfortable job as a high-level buyer and seller for a produce firm and start his own business in the same line.

He had the ambition of becoming yet another new millionaire in this bustling city, and he had nothing but confidence in his powers to get there: he was a born hustler with a nose for making money.

Clark had fled England some ten years earlier, fearing imminent arrest for having struck his employer and knocked him unconscious. (He always had a bit of a temper.) He had emigrated to the United States, traveled west from New York, landed all kinds of odd jobs, and then ended up in Cleveland, where he quickly rose through the ranks of merchants. Cleveland was something of a boomtown, located on a river and Lake Erie and serving as a key transportation hub connecting the East to the West. There would never be a better time for Clark to push his way forward and make a fortune.

There was only one problem—he did not have enough money to start the business. He would need a collaborator with some capital, and as he thought about this, he came up with a possible business partner, a young man named John D. Rockefeller whom Clark had befriended at a commercial college both had attended a few years before.

At first glance, it seemed an odd choice. Rockefeller was only eighteen years old. He was working as a bookkeeper at a fairly large produce-shipping firm named Hewitt and Tuttle, and he was in so many ways the polar opposite of Clark: Clark loved to live well, with a taste for fine things, gambling, and the ladies; he was feisty and combative. Rockefeller was fiercely religious, unusually sober and mild-mannered for his age. How could they possibly get along? And Clark had calculated that his partner would have to put up at least $2,000 to get the company under way. How would a bookkeeper from a family of limited means have such savings? On the other hand, in his two years at Hewitt and Tuttle, Rockefeller had earned a reputation as one of the most fiercely efficient and honest clerks in town, a man who could be relied upon to account for every penny spent and keep the company in the black. More important, as Rockefeller was so young, Clark could dominate the relationship. It was worth asking him.

To Clark’s surprise, when he suggested the partnership, Rockefeller not only jumped at the opportunity with uncharacteristic zeal but quickly came up with the $2,000, somehow borrowing the funds. Rockefeller quit his job and the new company, called Clark and Rockefeller, opened for business in April 1858.

In its first years Clark and Rockefeller was a thriving enterprise. The two men balanced each other out, and there was much business to be had in Cleveland. But as time went on, Clark began to feel increasingly irritated by the young man, and even a bit contemptuous of him. He was more straitlaced than Clark had imagined; he had no discernible vices. His main pleasure seemed to come from the accounting books that he kept so well and finding ways to save money. Although still so young, he already had a slumped posture from poring over his ledgers day and night. He dressed like a middle-aged banker, and acted that way as well. Clark’s brother James, who worked in the office, dubbed him “the Sunday-school superintendent.”

Slowly Clark began to see Rockefeller as too dull and dreary to be one of the faces of the company. Clark brought in a new partner from an elite Cleveland family and dropped Rockefeller’s name from the company title, hoping that would draw even more business. Surprisingly, Rockefeller did not seem to object to this; he was all in favor of making more money and cared little about titles.

Their produce business was booming, but soon word spread through Cleveland of a new commodity that could spark the region’s equivalent of a gold rush—the recent discovery of rich veins of oil in nearby western Pennsylvania. In 1862 a young Englishman named Samuel Andrews—an inventor/entrepreneur who had known Clark in England—visited their offices and pleaded with Clark to become partners in the oil business. He bragged of the limitless potential in oil —the lucrative series of products that could be made out of the material and the cheapness of producing them. With just a little capital they could start their own refinery and make a fortune.

Clark’s response was lukewarm—it was a business that experienced tremendous ups and downs, prices continually rising and falling, and with the Civil War now raging, it seemed a bad time to commit so fully. It would be better to get involved on some lower level. But then Andrews gave his pitch to Rockefeller, and something seemed to spark to life in the young man’s eyes. Rockefeller convinced Clark that they should fund the refinery—he would personally ensure its success. Clark had never seen Rockefeller so enthusiastic about anything. It must mean something, he thought, and so he relented to the pressure from the two men. In 1863 they formed a new refining business called Andrews, Clark and Company.

That same year, twenty other refineries sprouted up in Cleveland, and the competition was fierce. To Clark, it was quite amusing to watch Rockefeller in action. He spent hours in the refinery, sweeping the floors, polishing the metal, rolling out barrels, stacking hoops. It was like a love affair. He worked well into the night trying to figure out ways to streamline the refinery and squeeze more money out of it. It had become the principal generator of profit for their firm, and Clark could not help but be pleased that he had agreed to fund it. Oil, however, had become Rockefeller’s obsession, and he constantly bombarded Clark with new ideas for expansion, all at a time when the price of oil was fluctuating more than ever. Clark told him to go more slowly; he found the chaos in the oil business unnerving.

Increasingly, Clark found it hard to hide his irritation: Rockefeller was getting a bit puffed up with the success of the refinery. Clark had to remind the former bookkeeper of whose idea it had been all along to start their business. Like a refrain, he kept telling Rockefeller, “What in the world would you have done without me?” Then he discovered that Rockefeller had borrowed $100,000 for the refinery without consulting him, and he angrily ordered Rockefeller to never go behind his back again and to stop looking to expand the business. But nothing he said or did seemed to stop him. For someone so quiet and unassuming, Rockefeller could be annoyingly relentless, like a child. A few months after Clark had berated him, Rockefeller hit him with another request to sign for a big loan, and Clark finally exploded: “If that’s the way you want to do business, we’d better dissolve, and let you run your own affairs to suit yourself.”

Clark had no desire to break up the partnership at this point—it was too profitable, and despite the qualities that grated on his nerves, he needed Rockefeller as the man to look after the dull details of their growing enterprise. He simply wanted to intimidate Rockefeller with this threat, which seemed to be the only way to get him to back off on his tireless quest to quickly grow the refinery business. As usual, Rockefeller said little and seemed to defer.

Then, the following month, Rockefeller invited Clark and Andrews to his house to discuss future plans. And despite all of Clark’s previous admonitions, Rockefeller outlined even bolder ideas for expanding the refinery, and once again Clark could not control himself. “We’d better split up!” he yelled. Then something odd happened—Rockefeller agreed to this and got Clark and Andrews to affirm that they were all in favor of dissolving the partnership. He did this without the slightest trace of anger or resentment.

Clark had played a lot of poker, and he felt certain Rockefeller was bluffing, trying to force his hand. If he refused to budge on the young man’s desire to expand the business, Rockefeller would have to back down. He could not afford to be on his own; he needed Clark more than the other way around. He would be forced to realize his rashness and ask to resume the partnership. In doing so, Rockefeller would be humbled. Clark could set the terms and demand that Rockefeller follow his lead.

To his amazement, however, the next day Clark read in the local newspaper the announcement of the dissolution of their business, the notice obviously placed there by Rockefeller himself. When Clark confronted him later that day, Rockefeller calmly replied he was merely putting into action what they had agreed upon the day before, that it had been Clark’s idea to start with, and that he thought Clark was right. He suggested they hold an auction and sell the company to the highest bidder. Something about his dull, businesslike manner was infuriating. At this point, agreeing to the auction was not the worst option. Clark would outbid him and be rid of this insufferable upstart once and for all.

On the day of the auction in February 1865, Clark used a lawyer to represent his side, while Rockefeller represented himself, yet another sign of his arrogance and lack of sophistication. The price kept ticking upward, and finally Rockefeller bid $72,500, a rather ridiculous and shocking price to pay, a sum that Clark could not possibly afford. How would Rockefeller have so much money, and how could he possibly run this business without Clark? He clearly had lost any business sense that he had had. If that was what he was willing to pay, and he had the funds, let him have it and good riddance. As part of the sale, Rockefeller got the refinery but had to let go of the produce business with no compensation. Clark was more than satisfied, although it bothered him that Andrews had decided to go along with Rockefeller and remain his partner.

In the months to come, however, Maurice Clark began to reassess what had happened: he started to have the uneasy feeling that Rockefeller had been planning this for months, perhaps more than a year. Rockefeller must have courted bankers and secured bank loans well before the auction, to be able to afford the high price. He must have also secured Andrews to his side in advance. He could detect a gloating look in Rockefeller’s eye the day the refinery became his, something he had never seen before in the sober young man. Was that quiet and dull appearance of his merely an act? As the years revealed the immense wealth Rockefeller would accumulate through this first move, Clark could not help but entertain the thought he had somehow been played.