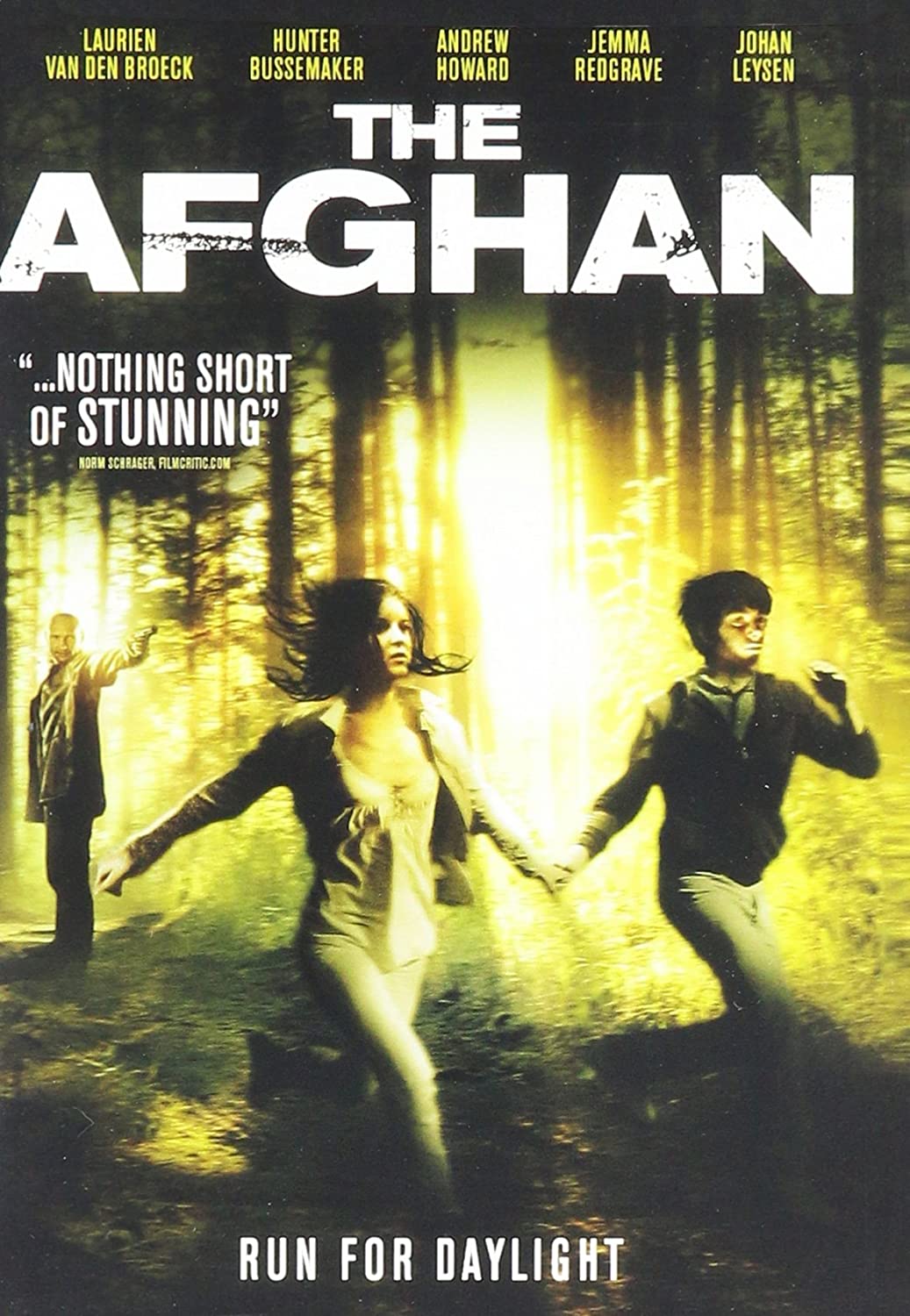 For the most senior members of the Soviet Politburo-General Secretary Leonid Brezhnev, KGB head Yuri Andropov, and Defense Minister Dmitri Ustinov–the late 1960s and early ’70s seemed a golden era. These men had survived the nightmare of the Stalin years and the bumbling reign of Khrushchev. Now, finally, there was some stability in the Soviet empire. Its satellite states in Eastern Europe were relatively docile, particularly after an uprising in Czechoslovakia in 1968 had been squashed. Its archnemesis, the United States, had received a black eye from the Vietnam War. And, most promising of all, the Russians had slowly been able to expand their influence in the Third World. The future looked bright.

A key country in the Russians’ plans for expansion was Afghanistan, on their southern border. Afghanistan was rich in natural gas and other minerals and had ports on the Indian Ocean; to make it a Soviet satellite would be a dream come true. The Russians had been insinuating themselves into the country since the 1950s, helping to train its army, building the Salang Highway from Kabul north to the Soviet Union, and trying to modernize this backward nation. All was going according to plan until the early to mid 1970s, when Islamic fundamentalism began to become a political force across Afghanistan. The Russians saw two dangers: first, that the fundamentalists would come to power and, seeing communism as godless and loathsome, would cut off ties with the Soviets; and second, that fundamentalist unrest would spill over from Afghanistan into the southern Soviet Union, which had a large Islamic population.

In 1978, to prevent such a nightmare scenario, Brezhnev secretly supported a coup that brought the Afghan Communist Party to power. But the Afghan Communists were hopelessly factionalized, and only after a long power struggle did a leader emerge: Hafizullah Amin, whom the Soviets distrusted. On top of that, the Communists were not popular in Afghanistan, and Amin resorted to the most brutal means to maintain his party’s power. This only fed the fundamentalist cause. All around the country, insurgents–the mujahideen–began to rebel, and thousands of Afghan soldiers defected from the army to them.

By December 1979 the Communist government in Afghanistan was on the verge of collapse. In Russia the senior members of the Politburo met to discuss the crisis. To lose Afghanistan would be a devastating blow and a source of instability after so much progress had been made. They blamed Amin for their problems; he had to go. Ustinov proposed a plan: Repeating what the Soviets had done in quelling rebellions in Eastern Europe, he advocated a lightning strike by a relatively small Soviet force that would secure Kabul and the Salang Highway. Amin would then be ousted, and a Communist named Babrak Karmal would take his place. The Soviet army would assume a low profile, and the Afghan army would be beefed up to take over from it. During the course of some ten years, Afghanistan would be modernized and would slowly become a stable member of the Soviet Bloc. Blessed with peace and prosperity, the Afghan people would see the great benefits of socialism and embrace it.

A few days after the meeting, Ustinov presented his plan to the army’s chief of staff, Nikolai Orgakov. Told that the invading army would not exceed 75,000 men, Orgakov was shocked: that force, he said, was far too small to secure the large, mountainous expanses of Afghanistan, a very different world from Eastern Europe. Ustinov countered that a giant invading force would generate bad publicity for the Soviets in the Third World and would give the insurgents a rich target. Orgakov responded that the fractious Afghans had a tradition of suddenly uniting to throw out an invader–and that they were fierce fighters. Calling the plan reckless, he said it would be better to attempt a political solution to the problem. His warnings were ignored.

The plan was approved by the Politburo and on December 24 was put in motion. Some Red Army forces flew into Kabul while others marched down the Salang Highway. Amin was quietly taken away and killed while Karmal was shuffled into power. Condemnation poured in from all over the world, but the Soviets figured that would eventually die down–it usually did.

In February 1980, Andropov met with Karmal and instructed him on the importance of winning the support of the Afghan masses. Presenting a plan for that purpose, he also promised aid in money and expertise. He told Karmal that once the borders were secured, the Afghan army built up, and the people reasonably satisfied with the government, Karmal should politely ask the Soviets to leave.

The invasion itself went more easily than the Soviets had expected, and for this military phase their leaders could confidently declare “mission accomplished.” But within weeks of Andropov’s visit, they had to adjust this assessment: the mujahideen were not intimidated by the Soviet army, as the Eastern Europeans had been. In fact, since the invasion their power only seemed to grow, their ranks swelling with both Afghan recruits and outsiders. Ustinov funneled more soldiers into Afghanistan and ordered a series of offensives in parts of the country that were sheltering the mujahideen. The Soviets’ first major operation was that spring, when they moved into the Kunar Valley with heavy weaponry, leveling entire villages and forcing the inhabitants to flee to refugee camps in Pakistan. Having cleared the area of rebels, they withdrew.

A few weeks later, reports came in that the mujahideen had quietly returned to the Kunar Valley. All the Soviets had done was leave the Afghans more embittered and enraged, making it easier for the mujahideen to recruit. But what could the Soviets do? To let the rebels alone was to give the mujahideen the time and space to grow more dangerous, yet the army was too small to occupy whole regions. Its answer was to repeat its police operations again and again, but with more violence, hoping to intimidate the Afghans–but, as Orgakov had predicted, this only emboldened them.

Meanwhile Karmal initiated programs to teach literacy, to give more power to women, to develop and modernize the country–all to peel off support from the rebels. But the Afghans preferred their traditional way of life by a vast majority, and the Communist Party’s attempts to expand its influence had the opposite effect.

Most ominous of all, Afghanistan quickly became a magnet for other countries eager to exploit the situation there against the Soviets. The United States in particular saw an opportunity to revenge itself on Russia for supplying the North Vietnamese during the Vietnam War. The CIA funneled vast sums of money and materiel to the mujahideen. In neighboring Pakistan, President Zia ul-Haq viewed the invasion as a gift from heaven: having come to power a few years earlier in a military coup, and having recently earned worldwide condemnation by executing his prime minister, Zia saw a way to gain favor with both the United States and the Arab nations by allowing Pakistan to serve as a base for the mujahideen. The Egyptian president Anwar Sadat, who had recently signed a controversial peace treaty with Israel, likewise saw a golden opportunity to shore up his Islamic support by sending aid to fellow Muslims.

With Soviet armies stretched thin in Eastern Europe and around the world, Ustinov refused to send in more men; instead he armed his soldiers with the latest weaponry and worked to enlarge and strengthen the Afghan army. But none of this translated into progress. The mujahideen improved their ambushes of Soviet transports and used the latest Stinger missiles acquired from the Americans to great effect. Years passed, and morale in the Soviet army dropped precipitously: the soldiers felt the hatred of the local population and were stuck guarding static positions, never knowing when the next ambush would come. Abuse of drugs and alcohol became widespread.

As the costs of the war rose, the Russian public began to turn against it. But the Soviet leaders could not afford to pull out: besides creating a dangerous power vacuum in Afghanistan, that would deliver a sharp blow to their global reputation as a superpower. And so they stayed, each year supposedly the last. The senior members of the Politburo slowly died off-Brezhnev in 1982, Andropov and Ustinov in 1984-without seeing the slightest progress.

In 1985, Mikhail Gorbachev became general secretary of the Soviet Union. Having opposed the war from the beginning, Gorbachev started phased withdrawals of troops from Afghanistan. The last soldiers left early in 1989. In all, over 14,000 Soviet soldiers died in the conflict, but the hidden costs–to the delicate Russian economy, to the people’s slender faith in their government–were far greater. Only a few years later, the entire system would come tumbling down.