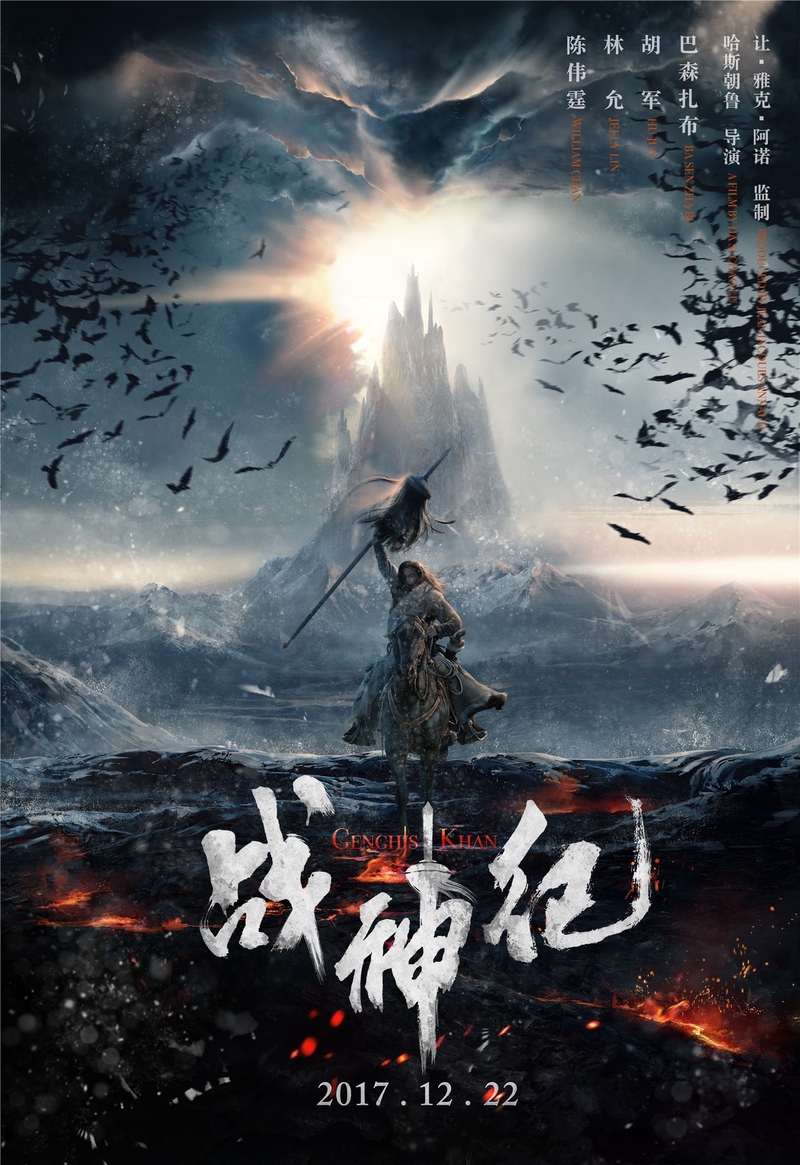 In 1218, Muhammad II, the shah of Khwarizm, received a visit from three ambassadors on behalf of Genghis Khan, the leader of the Mongol Empire to the east. The visitors bore magnificent gifts and, more important, the offer of a treaty between the two powers that would allow the reopening of the lucrative Silk Road connecting China and Europe. The shah’s empire was immense, incorporating present-day Iran and much of Afghanistan. His capital, Samarkand, was fabulously wealthy, a symbol of his power, and increased trade along the route would only add to these riches. Since the Mongols made it clear they considered him the superior partner in the deal, the shah decided to sign the treaty.

A few months later, a Mongol caravan arrived in the city of Otrar, in the northeastern corner of the shah’s empire, with the mission to buy luxury items for the Mongol court. The governor of Otrar suspected the men in the caravan of being spies. He had them killed, and he seized the goods they had brought to barter. Hearing of this outrage, Genghis Khan dispatched an ambassador, escorted by two soldiers, to the shah, calling for an apology. The demand-which presumed to put the two empires on equal footing–incensed the shah. He had the ambassador’s head cut off and sent back to Genghis Khan. This, of course, meant war.

The shah was not afraid: his army, anchored by its well-trained Turkish cavalry, numbered over 400,000, at least twice the enemy’s size. By defeating the Mongols in battle, the shah could finally take over their land. He assumed the Mongols would attack Transoxiana, the easternmost part of the shah’s empire. Bordered to the east by the five-hundredmile-long Syr Dar’ya River, to the north by the Kizil Kum Desert, and to the west by the Amu Dar’ya River, Transoxiana’s interior was also home to two of the most important cities of the empire, Samarkand and Bukhara. The shah decided to establish a cordon of soldiers along the Syr Dar’ya, which the Mongols would have to cross to enter his empire. They could not cross from the north–the desert was impassable-and to go to the south would be too great a detour. Keeping the bulk of his army in the interior of Transoxiana, he would be able to place reinforcements where needed. He had an impregnable defensive position and superiority in numbers. Let the Mongols come. He would crush them.

In the summer of 1219, scouts reported that the Mongols were approaching the southern end of the Syr Dar’ya, through the Fergana Valley. The shah sent a large force, under the leadership of his son Jalal adDin, to destroy the enemy. After a fierce battle, the Mongols retreated. Jalal ad-Din reported back to his father that the Mongol army was not nearly as fearsome as their reputation. The men looked haggard, their horses emaciated, and they seemed none too eager to sustain a fight. The shah, believing the Mongols no match for his army, put more troops at the southern end of the cordon and waited.

A few months later, a Mongol battalion appeared without warning in the north, attacking the city of Otrar and capturing its governor–the same man responsible for the outrage against the Mongol traders. The Mongols killed him by pouring molten silver into his eyes and ears. Stunned by how quickly they had managed to reach Otrar, and from an unexpected direction, the shah decided to shift more troops to the north. These barbarians might move swiftly, he reasoned, but they could not overcome an entrenched army with such great numbers.

Next, however, two Mongol armies swept south from Otrar, running parallel to the Syr Dar’ya. One, under General Jochi, began to attack key towns along the river, while the other, under General Jebe, disappeared to the south. Like locusts, Jochi’s army swarmed through the hills and lowlands near the river. The shah moved a good portion of his army to the river, keeping some reserves in Samarkand. Jochi’s force was relatively small, 20,000 at most; these mobile units hit one position after another, without warning, burning forts and wreaking havoc.

Reports from the front lines began to give the shah a picture of these strange warriors from the east. Their army was all cavalry. Each Mongol not only rode a horse but was trailed by several more riderless horses, all mares, and when his own horse tired, he would mount a fresh one. These horses were light and fast. The Mongols were unencumbered by supply wagons; they carried their food with them, drank the mares’ milk and blood, and killed and ate the horses that had become weak. They could travel twice as fast as their enemy. Their marksmanship was extraordinary–facing forward or in retreat, they could fire arrows with remarkable dexterity, making their attacks far deadlier than anything the shah’s army had ever seen. Their divisions communicated over great distances with flags and torches; their maneuvers were precisely coordinated and nearly impossible to anticipate.

Dealing with this constant harassment exhausted the shah’s forces. Now, suddenly, the army under General Jebe that had disappeared to the south reappeared heading northwest into Transoxiana at remarkable speed. The shah hurriedly sent south his last reserves, an army of 50,000, to do battle with Jebe. He still was not worried–his men had proved their superiority in direct combat, at the battle in the Fergana Valley.

This time, however, it was different. The Mongols unleashed strange weapons: their arrows were dipped in burning tar, which created smoke screens behind which their lightning-quick horsemen advanced, opening breaches in the lines of the shah’s army through which more heavily armed cavalry would advance. Chariots darted back and forth behind the Mongol lines, bringing up constant supplies. The Mongols filled the sky with arrows, creating relentless pressure. They wore shirts of heavy silk. An arrow that managed to pierce the shirt would rarely reach the flesh and could be extracted easily by pulling at the shirt, all of this done while moving at great speed. Jebe’s army annihilated the shah’s forces.

The shah had one option left: retreat to the west, retrench, and slowly rebuild his army. As he began preparations, however, something beyond belief occurred: an army under Genghis Khan himself suddenly stood outside the gates of the city of Bukhara, to the west of Samarkand. Where had they come from? They could not have crossed the Kizil Kum Desert to the north. Their appearance seemed all but impossible, as if the devil himself had conjured them up. Bukhara soon fell, and within days Samarkand followed. Soldiers deserted, generals panicked. The shah, fearing for his life, fled with a handful of soldiers. The Mongols pursued him relentlessly. Months later, on a small island in the Caspian Sea, abandoned by one and all, wearing rags and begging for food, the former ruler of the wealthiest empire in the East finally died of hunger.