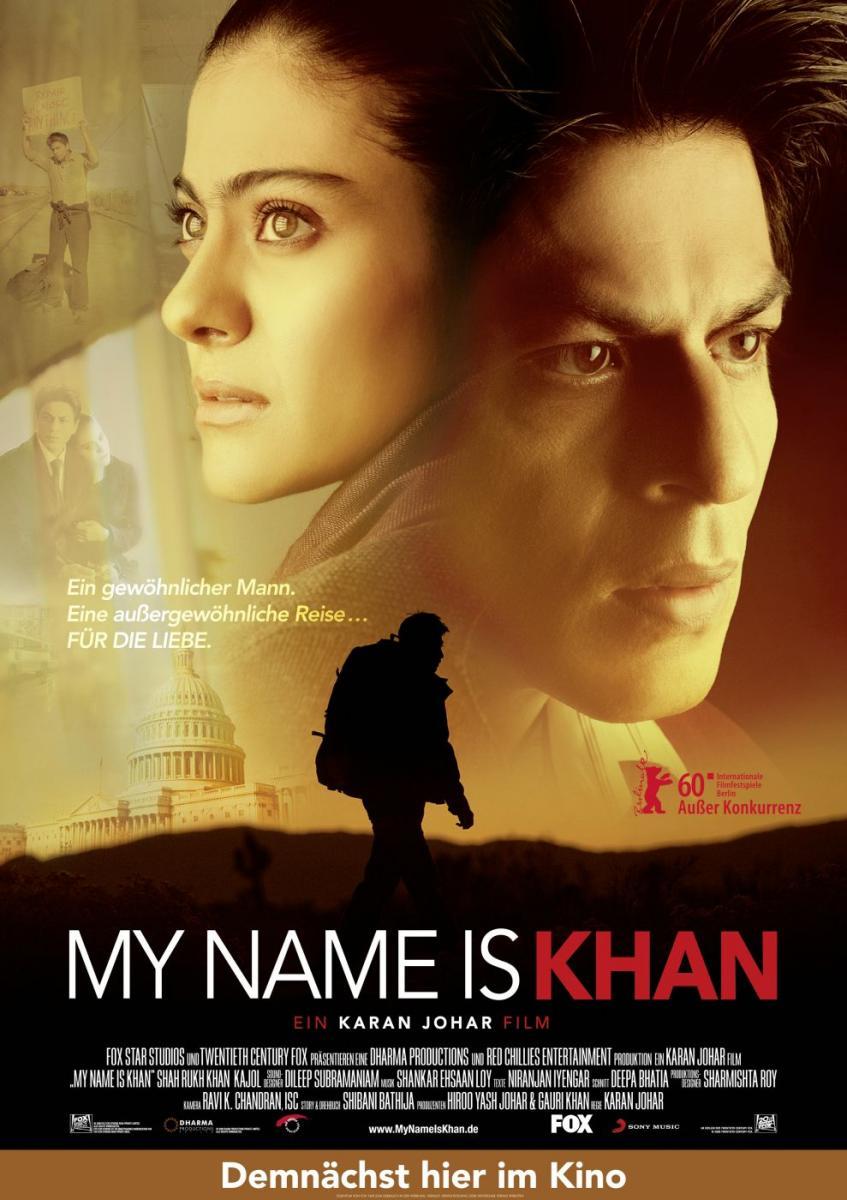 My name is Sal Khan. I’m the founder and original faculty of the Khan Academy, an institution serious about delivering a free education to anyone, anywhere, and I’m writing this book because I believe that the way we teach and learn is at a once-a-millennium turning point.

The old classroom model simply doesn’t fit our changing needs. It’s a fundamentally passive way of learning, while the world requires more and more active processing of information. The old model is based on pushing students together in agegroup batches with one-pace-fits-all curricula and hoping they pick up something along the way. It isn’t clear that this was the best model one hundred years ago; it certainly isn’t anymore. Meanwhile, new technologies offer hope for more effective ways of teaching and learning, but also engender confusion and even fear; too often the shiny new technology is used as little more than window dressing.

Between the old way of teaching and the new, there’s a crack in the system, and kids around the globe are falling through it every day. The world is changing at an ever faster rate, yet systemic change, when it happens at all, moves glacially and often in the wrong direction; every day—every class period—the gap grows wider between the way kids are being taught and what they actually need to learn.

All of this is easily said, of course. For better and worse, everyone is talking about education these days. Politicians bring it up in every speech. Parents worry aloud that their children are falling behind relative to some vague, mysterious, yet powerful set of standards, or being shown up by a competitor two rows over or halfway around the world. As in arguments about religion, there are fiercely held opinions, often in the absence of verifiable proof. Should kids have more structure or less? Are we testing too little or too much? And speaking of tests, do the standardized exams measure durable learning or just a knack for taking standardized exams? Are we promoting initiative and comprehension and original thinking, or just perpetuating an empty game?

Adults worry on their own behalf as well. W hat happens to our capacity to learn once our formal education is finished? How can we train our minds so they don’t become lazy and brittle? Can we still learn new things? W here and how?

All this talk about education is healthy in that it affirms the absolutely central importance of learning in our competitive and connected world. The problem is that it has not translated into improvement. Where there is action, it often is top-down government policies that are as likely to hurt as help. There are amazing teachers and schools who have shown that excellence is possible, but their success has proven hard to replicate and scale. Despite all the energy and money spent on the problem, the progress dial has barely budged. This has led to a deep cynicism about whether education can be systemically improved at all.

Even more troubling, many people seem somehow to overlook the basic fact of what the crisis is about. It’s not about graduation rates and test scores. It’s about what those things mean to the outcome of human lives. It’s about potential realized or squandered, dignity enhanced or denied.

It is often cited that American high school students now rank twenty-third in the world in science and math proficiency. From a U.S.-centric perspective, that’s distressing; but these tests are a very narrow measure of what is happening in a country. I believe that, for the near future at least, the United States will maintain its leadership position in science and technology despite any potential failings in our school system. Alarmist rhetoric aside, the United States is not about to lose its primacy because students in Estonia are better at factoring polynomials. Other aspects of U.S. culture— a unique combination of creativity, entrepreneurship, optimism, and capital—have made it the most fertile ground in the world for innovation. T hat’s why bright kids from all around the globe dream of getting their green cards to work here. From a global, forward-looking perspective, the national rankings are also somewhat beside the point.

But if alarmism is uncalled for, complacency would be downright disastrous. There’s nothing in American DNA that gives us a lock on entrepreneurship and invention, and our leadership position can only erode if we fail to keep it propped up with fresh and well-schooled minds.

Even while America remains a powerhouse of innovation, who will benefit from it? W ill only a small fraction of American students have the education they need in order to participate, forcing U.S. companies to import the balance of talent? W ill a large and growing percentage of America’s own young people remain un- or underemployed because they lack the necessary skills?

The same questions need to be asked on behalf of youth all around the world. W ill their potential be squandered or channeled in dangerous directions because they weren’t given the tools or the opportunity to grow the economic pie? W ill real democracy in the developing world fail to gain a foothold because of bad schools and a corrupt or broken system?

These questions have both practical and moral dimensions. It’s my belief that each of us has a stake in the education of all of us. W ho knows where genius will crop up? There may be a young girl in an African village with the potential to find a cancer cure. A fisherman’s son in New Guinea might have incredible insight into the health of the oceans. W hy would we allow their talents to be wasted? How can we justify not offering those children a world-class education, given that the technology and resources to do so are available— if only we can muster the vision and the boldness to make it happen?

But instead of acting, people just keep talking about incremental changes. Either for lack of imagination or fear of rocking the boat, the conversation generally stops well short of the kind of fundamental questioning that our educational malaise demands, focusing instead on a handful of familiar but misplaced obsessions like test scores and graduation rates. Those are by no means trivial concerns. Still, what really matters is whether the world will have an empowered, productive, fulfilled population in the generations to come, one that fully taps into its potential and can meaningfully uphold the responsibilities of real democracy.

As we address this, we will revisit fundamental assumptions. How do people actually learn? Does the standard classroom model—broadcast lectures in school, solitary homework in the evening— still make sense in a digital age? W hy do students forget so much of what they have supposedly “learned” as soon as an exam has been taken? W hy do grown-ups sense such a disconnect between what they studied in school and what they do in the real world? These are the sorts of basic questions we should be asking. But even then, there is an enormous difference between bemoaning the state of education and actually doing something about it .

In 2004— somewhat by accident, as I’ll explain—I started experimenting with some ideas that seemed to be working. To a large degree, they were new incarnations of well-proven principles. On the other hand, coupled with the scalability and accessibility of new technologies, they pointed to the possibility of rethinking education as we know it O f the various experiments, the one that took on a life of its own was my posting of math lessons on YouTube. I didn’t know how best to do this, or if it would work at all, or if anyone would watch what I posted. I proceeded by trial and error (yes, errors are allowed) and within the time constraints imposed by a rather demanding day job as a hedge fund analyst. But within a few short years it had become clear to me that my passion and my calling were in virtual teaching; in 2009, I quit my job to devote myself full-time to what had by then morphed into the Khan Academy.

If the name was rather grand, the resources available to this new entity were almost comically meager. The Academy owned a PC, $20 worth of screen capture software, and an $80 pen tablet; graphs and equations were drawn— often shakily— with the help of a free program called Microsoft Paint. Beyond the videos, I had hacked together some quizzing software running on my $50-per-month web host. The faculty, engineering team, support staff, and administration consisted of exactly one person: me. The budget consisted of my savings. I spent most of my days in a $6 T-shirt and sweatpants, talking to a computer monitor and daring to dream big.

I didn’t dream of creating a popular website or of being a flash-in-the-pan entry in the education debate. Maybe I was delusional, but I dreamed of creating something enduring and transformative, an institution for the world that could last hundreds of years and help us fundamentally rethink how schooling might be done.

The time was right, I thought, for such a fundamental reexamination. New educational institutions and models emerge at inflection points in history. Harvard and Yale were founded shortly after the colonization of North America. M IT, Stanford, and the state university systems were products of the Industrial Revolution and American territorial expansion. We are now still in the early stage of an inflection point that I believe is the most consequential in history: the Information Revolution. And in this revolution, the pace of change is so swift that deep creativity and analytical thinking are no longer optional; they are not luxuries but survival skills. We can no longer afford for only some part of the world’s population to be deeply educated. W ith those things in mind, I composed a mission statement that was both wildly ambitious and— with the help of readily available but absurdly underutilized technology— completely attainable: Provide a free, world-class education for anyone, anywhere.

My basic philosophy of teaching was straightforward and deeply personal. I wanted to teach the way I wished that I myself had been taught. W hich is to say, I hoped to convey the sheer joy of learning, the thrill of understanding things about the universe. I wanted to pass along to students not only the logic but the beauty of math and science. Furthermore, I wanted to do this in a way that would be equally helpful to kids studying a subject for the first time and for adults who wanted to refresh their knowledge; for students grappling with homework and for older people hoping to keep their minds active and supple.

What I didn’t want was the dreary process that sometimes went on in classrooms—rote memorization and plug-in formulas aimed at nothing more lasting or meaningful than a good grade on the next exam. Rather, I hoped to help students see the connections, the progression, between one lesson and the next; to hone their intuitions so that mere information, absorbed one concept at a time, could develop into true mastery of a subject. In a word, I wanted to restore the excitement— the active participation in learning and the natural high that went with it—that conventional curricula sometimes seemed to bludgeon into submission.