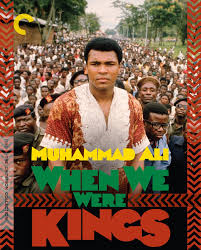 It was easier for people to be good at something when more of us lived in small,rural communities. Someone could be homecoming queen. Someone else couldbe spelling-bee champ, math whiz or basketball star. There were only one or two mechanics and a couple of teachers. In each of their domains, these local heroeshad the opportunity to enjoy the serotonin-fuelled confidence of the victor. It may be for that reason that people who were born in small towns are statistically overrepresented among the eminent. If you’re one in a million now, but originated in modern New York, there’s twenty of you—and most of us now livein cities. What’s more, we have become digitally connected to the entire seven billion. Our hierarchies of accomplishment are now dizzyingly vertical.

No matter how good you are at something, or how you rank your accomplishments, there is someone out there who makes you look incompetent.You’re a decent guitar player, but you’re not Jimmy Page or Jack White. You’real most certainly not even going to rock your local pub. You’re a good cook, but there are many great chefs. Your mother’s recipe for fish heads and rice, no matter how celebrated in her village of origin, doesn’t cut it in these days of grapefruit foam and Scotch/tobacco ice-cream. Some Mafia don has a tackier yacht. Some obsessive CEO has a more complicated self-winding watch, kept in his more valuable mechanical hardwood-and-steel automatic self-winding watch case. Even the most stunning Hollywood actress eventually transforms into the Evil Queen, on eternal, paranoid watch for the new Snow White. And you? Your career is boring and pointless, your housekeeping skills are second-rate, your taste is appalling, you’re fatter than your friends, and everyone dreads your parties. Who cares if you are prime minister of Canada when someone else is thepresident of the United States?

Inside us dwells a critical internal voice and spirit that knows all this. It’s predisposed to make its noisy case. It condemns our mediocre efforts. It can bevery difficult to quell. Worse, critics of its sort are necessary. There is no shortage of tasteless artists, tuneless musicians, poisonous cooks,bureaucratically-personality-disordered middle managers, hack novelists and tedious, ideology-ridden professors. Things and people differ importantly in their qualities. Awful music torments listeners everywhere. Poorly designed buildings crumble in earthquakes. Substandard automobiles kill their drivers when they crash. Failure is the price we pay for standards and, because mediocrity has consequences both real and harsh, standards are necessary.

We are not equal in ability or outcome, and never will be. A very small number of people produce very much of everything. The winners don’t take all,but they take most, and the bottom is not a good place to be. People are unhappy at the bottom. They get sick there, and remain unknown and unloved. They waste their lives there. They die there. In consequence, the self-denigrating voice in the minds of people weaves a devastating tale. Life is a zero-sum game.Worthlessness is the default condition. What but willful blindness could possibly shelter people from such withering criticism? It is for such reasons that a whole generation of social psychologists recommended “positive illusions” as the only reliable route to mental health. Their credo? Let a lie be your umbrella. A more dismal, wretched, pessimistic philosophy can hardly be imagined: things are soterrible that only delusion can save you.

Here is an alternative approach (and one that requires no illusions). If the cards are always stacked against you, perhaps the game you are playing is somehow rigged (perhaps by you, unbeknownst to yourself). If the internal voice makes you doubt the value of your endeavours—or your life, or life itself— perhaps you should stop listening. If the critical voice within says the same denigrating things about everyone, no matter how successful, how reliable can it be? Maybe its comments are chatter, not wisdom.There will always be people better than you— that’s a cliché of nihilism, like the phrase, In a million years,who’s going to know the difference? The proper response to that statement is not,Well, then, everything is meaningless. It’s, Any idiot can choose a frame of time within which nothing matters. Talking yourself into irrelevance is not a profoundcritique of Being. It’s a cheap trick of the rational mind.