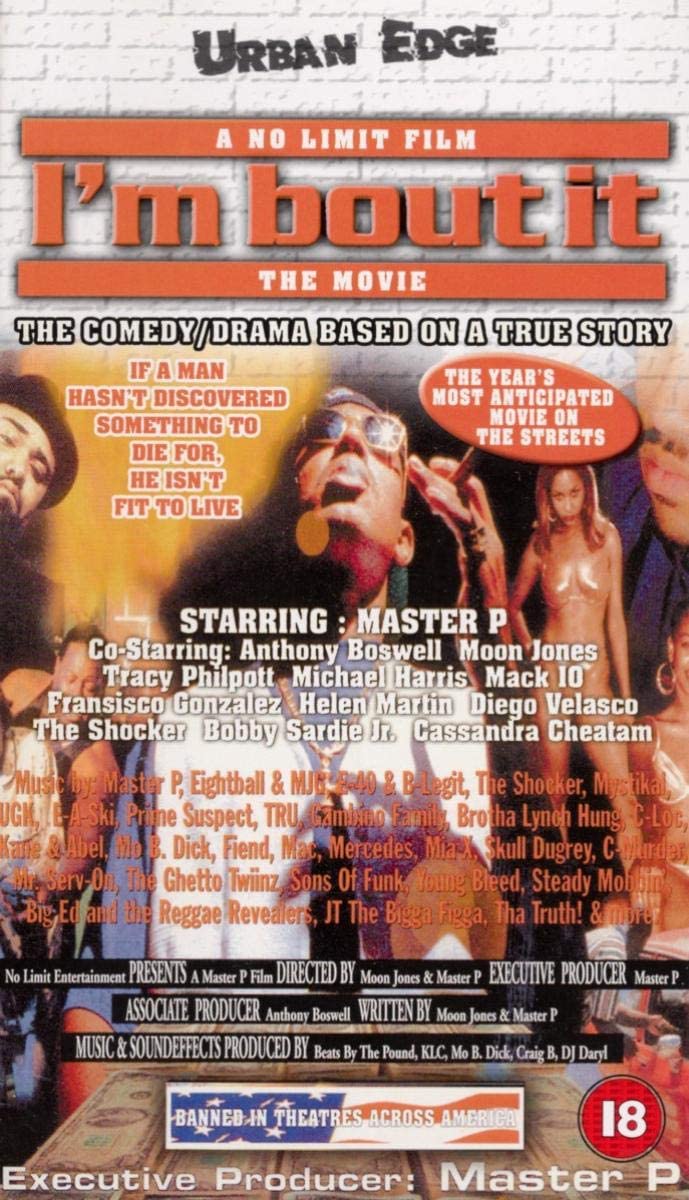 Standards of better or worse are not illusory or unnecessary. If you hadn’t decided that what you are doing right now was better than the alternatives, you wouldn’t be doing it. The idea of a value-free choice is a contradiction in terms.Value judgments are a precondition for action. Furthermore, every activity, once chosen, comes with its own internal standards of accomplishment. If something can be done at all, it can be done better or worse. To do anything at all is therefore to play a game with a defined and valued end, which can always be reached more or less efficiently and elegantly. Every game comes with its chance of success or failure. Differentials in quality are omnipresent. Furthermore, if there was no better and worse, nothing would be worth doing. There would be no value and, therefore, no meaning. Why make an effort if it doesn’t improve anything? Meaning itself requires the difference between better and worse. How,then, can the voice of critical self-consciousness be stilled? Where are the flaws in the apparently impeccable logic of its message?

We might start by considering the all-too-black-and-white words themselves:“success” or “failure.” You are either a success, a comprehensive, singular, over-all good thing, or its opposite, a failure, a comprehensive, singular, irredeemably bad thing. The words imply no alternative and no middle ground. However, in a world as complex as ours, such generalizations (really, such failure to differentiate) are a sign of naive, unsophisticated or even malevolent analysis.There are vital degrees and gradations of value obliterated by this binary system,and the consequences are not good.

To begin with, there is not just one game at which to succeed or fail. There are many games and, more specifically, many good games—games that match your talents, involve you productively with other people, and sustain and even improve themselves across time. Lawyer is a good game. So is plumber,physician, carpenter, or schoolteacher. The world allows for many ways of Being. If you don’t succeed at one, you can try another. You can pick something better matched to your unique mix of strengths, weaknesses and situation.Furthermore, if changing games does not work, you can invent a new one. I recently watched a talent show featuring a mime who taped his mouth shut and did something ridiculous with oven mitts. That was unexpected. That was original. It seemed to be working for him.

It’s also unlikely that you’re playing only one game. You have a career and friends and family members and personal projects and artistic endeavors and athletic pursuits. You might consider judging your success across all the games you play. Imagine that you are very good at some, middling at others, and terrible at the remainder. Perhaps that’s how it should be. You might object: I should be winning at everything! But winning at everything might only mean that you’re not doing anything new or difficult. You might be winning but you’re not growing, and growing might be the most important form of winning. Should victory in the present always take precedence over trajectory across time?

Finally, you might come to realize that the specifics of the many games you are playing are so unique to you, so individual, that comparison to others is simply inappropriate. Perhaps you are overvaluing what you don’t have and undervaluing what you do. There’s some real utility in gratitude. It’s also good protection against the dangers of victimhood and resentment. Your colleague outperforms you at work. His wife, however, is having an affair, while your marriage is stable and happy. Who has it better? The celebrity you admire is a chronic drunk driver and bigot. Is his life truly preferable to yours?

When the internal critic puts you down using such comparisons, here’s how it operates: First, it selects a single, arbitrary domain of comparison (fame, maybe,or power). Then it acts as if that domain is the only one that is relevant. Then it contrasts you unfavourably with someone truly stellar, within that domain. It can take that final step even further, using the unbridgeable gap between you and its target of comparison as evidence for the fundamental injustice of life. That way your motivation to do anything at all can be most effectively undermined. Those who accept such an approach to self-evaluation certainly can’t be accused of making things too easy for themselves. But it’s just as big a problem to makethings too difficult.

When we are very young we are neither individual nor informed. We have not had the time nor gained the wisdom to develop our own standards. Inconsequence, we must compare ourselves to others, because standards are necessary. Without them, there is nowhere to go and nothing to do. As we mature we become, by contrast, increasingly individual and unique. The conditions of our lives become more and more personal and less and less comparable with those of others. Symbolically speaking, this means we must leave the house ruled by our father, and confront the chaos of our individual Being. We must take note of our disarray, without completely abandoning that father in the process. We must then rediscover the values of our culture—veiled from us by our ignorance, hidden in the dusty treasure-trove of the past—rescue them, and integrate them into our own lives. This is what gives existence its full and necessary meaning.

Who are you? You think you know, but maybe you don’t. You are, for example, neither your own master, nor your own slave. You cannot easily tell yourself what to do and compel your own obedience (any more than you can easily tell your husband, wife, son or daughter what to do, and compel theirs).You are interested in some things and not in others. You can shape that interest,but there are limits. Some activities will always engage you, and others simply will not.

You have a nature. You can play the tyrant to it, but you will certainly rebel.How hard can you force yourself to work and sustain your desire to work? How much can you sacrifice to your partner before generosity turns to resentment?What is it that you actually love? What is it that you genuinely want? Before you can articulate your own standards of value, you must see yourself as a stranger— and then you must get to know yourself. What do you find valuable or pleasurable? How much leisure, enjoyment, and reward do you require, so that you feel like more than a beast of burden? How must you treat yourself, so you won’t kick over the traces and smash up your corral? You could force yourself through your daily grind and kick your dog in frustration when you come home.You could watch the precious days tick by. Or you could learn how to entice yourself into sustainable, productive activity. Do you ask yourself what you want? Do you negotiate fairly with yourself? Or are you a tyrant, with yourself as slave?

When do you dislike your parents, your spouse, or your children, and why? What might be done about that? What do you need and want from your friends and your business partners? This is not a mere matter of what you should want. I’m not talking about what other people require from you, or your duties to them. I’m talking about determining the nature of your moral obligation, to yourself. Should might enter into it, because you are nested within a network of social obligations. Should is your responsibility, and you should live up to it. But this does not mean you must take the role of lap-dog, obedient and harmless. That’show a dictator wants his slaves.

Dare, instead, to be dangerous. Dare to be truthful. Dare to articulate yourself, and express (or at least become aware of) what would really justify your life. If you allowed your dark and unspoken desires for your partner, for example, to manifest themselves—if you were even willing to consider them—you might discover that they were not so dark, given the light of day. You might discover, instead, that you were just afraid and, so, pretending to be moral. You might find that getting what you actually desire would stop you from being tempted and straying. Are you so sure that your partner would be unhappy if more of you rose to the surface? The femme fatale and the anti-hero are sexually attractive for a reason.…

How do you need to be spoken to? What do you need to take from people? What are you putting up with, or pretending to like, from duty or obligation? Consult your resentment. It’s a revelatory emotion, for all its pathology. It’s part of an evil triad: arrogance, deceit, and resentment. Nothing causes more harm than this underworld Trinity. But resentment always means one of two things. Either the resentful person is immature, in which case he or she should shut up,quit whining, and get on with it, or there is tyranny afoot—in which case the person subjugated has a moral obligation to speak up. Why? Because the consequence of remaining silent is worse. Of course, it’s easier in the moment to stay silent and avoid conflict. But in the long term, that’s deadly. When you have something to say, silence is a lie—and tyranny feeds on lies. When should you push back against oppression, despite the danger? When you start nursing secret fantasies of revenge; when your life is being poisoned and your imagination fills with the wish to devour and destroy.

I had a client decades ago who suffered from severe obsessive-compulsive disorder. He had to line up his pyjamas just right before he could go to sleep at night. Then he had to fluff his pillow. Then he had to adjust the bedsheets. Over and over and over and over. I said, “Maybe that part of you, that insanely persistent part, wants something, inarticulate though it may be. Let it have its say. What could it be?” He said, “Control.” I said, “Close your eyes and let it tell you what it wants. Don’t let fear stop you. You don’t have to act it out, just because you’re thinking it.” He said, “It wants me to take my stepfather by the collar, put him up against the door, and shake him like a rat.” Maybe it was time to shake someone like a rat, although I suggested something a bit less primal. But God only knows what battles must be fought, forth rightly, voluntarily, on the road to peace. What do you do to avoid conflict, necessary though it may be? What are you inclined to lie about, assuming that the truth might be intolerable? What do you fake?

\The infant is dependent on his parents for almost everything he needs. The child—the successful child—can leave his parents, at least temporarily, and make friends. He gives up a little of himself to do that, but gains much in return.The successful adolescent must take that process to its logical conclusion. He has to leave his parents and become like everyone else. He has to integrate with the group so he can transcend his childhood dependency. Once integrated, the successful adult then must learn how to be just the right amount different from everyone else.

Be cautious when you’re comparing yourself to others. You’re a singular being, once you’re an adult. You have your own particular, specific problems— financial, intimate, psychological, and otherwise. Those are embedded in the unique broader context of your existence. Your career or job works for you in a personal manner, or it does not, and it does so in a unique interplay with the other specifics of your life. You must decide how much of your time to spend on this, and how much on that. You must decide what to let go, and what to pursue.