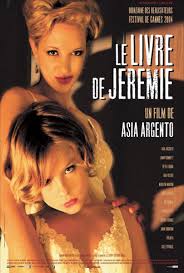 There has been an enormous amount of study, observation and research in the area of intelligence, particularly over the last twenty years. There are numerous books and an entire body of literature. Different words are sometimes used to describe the same things. Part of what I call spiritual intelligence some people may call emotional intelligence, and vice versa. I fully acknowledge this semantics difficulty. Again, I encourage you, the reader, to not get hung up on word definitions but to search continuously for the underlying meaning.

Howard Gardner’s book on the theory of multiple intelligences, Frames of Mind, is a brilliant treatment of the concept of separate, yet overlapping, intelligences. I’ve also gained greatly from both Robert Cooper’s and Daniel Goleman’s work on emotional intelligence. I have heard their presentations in different settings and know their approaches are research-based and comprehensive, and include some of the elements I’ve spoken about under spiritual intelligence.

Some books separate out visual intelligence from verbal, analytical, artistic, logical, creative, economic and other intelligences. I appreciate their contributions but again believe you can put them all under the four areas of body, mind, heart and spirit-the four dimensions of life.

I’ll never forget an experience in Hawaii with the Young Presidents’ Organization. A small group of corporate presidents gathered for breakfast with some of the landing authorities in the field of management and leadership, each of whom had written notable bestsellers and were widely respected and quoted. In a forum where no one was being quoted and where there was a great deal of mutual respect, one of the presidents asked, with a real sense of humility, “ Aren’t you guys basically saying the same things?” To a person, they acknowledged that they were. Each had his or her own semantics and definitions and often had some unique insight not voiced by the others, but in terms of the most basic elements, they were the same. They talked  more in terms of underlying principles than practices.

Let me share an experience that may help make the point of spiritual intelligence being the highest of our capacities. I am enormously impressed with the work of the late Anwar Sadat, president of Egypt, in his efforts with former U.S. president Jimmy Carter and former Israeli prime minister Menachem Begin to bring about the Camp David Peace Accord between Isreal and Egypt.

While being given a tour of the grounds of Camp David in a golf cart a few years ago, I was shown, by the president of the United States, the exact location where that accord was signed. It was a very emotional experience for me. I’ve come to see Sadat as a person that knew about the space between stimulus and response. He developed enormous space as a young man while in solitary confinement in cell 54 of the Cairo central prison. Just sense the depth of that understanding reflected in his words:

He who cannot change the very fabric of his thought will never be able to change reality, and will never, therefore, make any progress.

Before his shift in perspective concerning Israel, Sadat had become an enormously popular president, deeply devoted to the Arab cause. He went around Egypt giving political speeches about how he would never shake the hand of an Isreali as long as they occupied one inch of Arab soil, shouting “Never! Never! Never!”

We invited Sadat’s wife, Madame Jehen Sadat, to be the keynote speaker at our International Symposium. I had the privilege of having lunch with her. I asked her what it was like living Anwar Sadat-particularly at the time he made the bold peace initiative of going to the Knesset in Jerusalem, a move that culminated in the Camp David Accord.

She said she had a hard time believing his change of heart, particularly after all he’d been doing and saying. Here’s my paraphrasing what she recounted:

Confronting him directly in their living quarters of the palace, she asked him, “ I understand you are thinking about going to Israel. Is this correct?” “Yes” “ How could you possibly do this after all you have been saying?”” I was wrong, and this is the right thing to do.” “You will lose the leadership and support that could happen; but I don’t think it will.” You will lose the presidency of your country.” “ That, too, could happen.” “You’ll lose your life.” (And, as we know, he did, to an assassin’s bullet.) He responded, “ My life is ordained. It will not be one minute longer or one minute shorter than it was ordained to be.”

She embraced him and said he was the greatest person she had ever known.

Then I asked her what it was like when he returned from Isreal. She said it normally takes thirty minutes to travel from the airport to the palace. That day it took over three hours. The highways and streets were thronged with hundreds of thousands of people, cheering Sadat in enthusiastic support of what he was doing- the same people who just one week earlier had been cheering for the exact opposite approach. He was doing what was right, and they knew it. Spiritual intelligence is a higher endowment than emotional intelligence. They recognized that you cannot think and live independently in an interdependent world.

Sadat had subordinated his ego and EQ (social sensitivity, empathy and social skills) to his SQ (conscience), and the results resonated through the whole world. The leadership of his spiritual intelligence elevated his other intelligences, and he became a person of tremendous moral authority.

This pathway to moral authority, personal fulfillment and influence for good is not the realm of great world leaders alone. The potential for simple, great, quiet moral authority lies within each one of us.