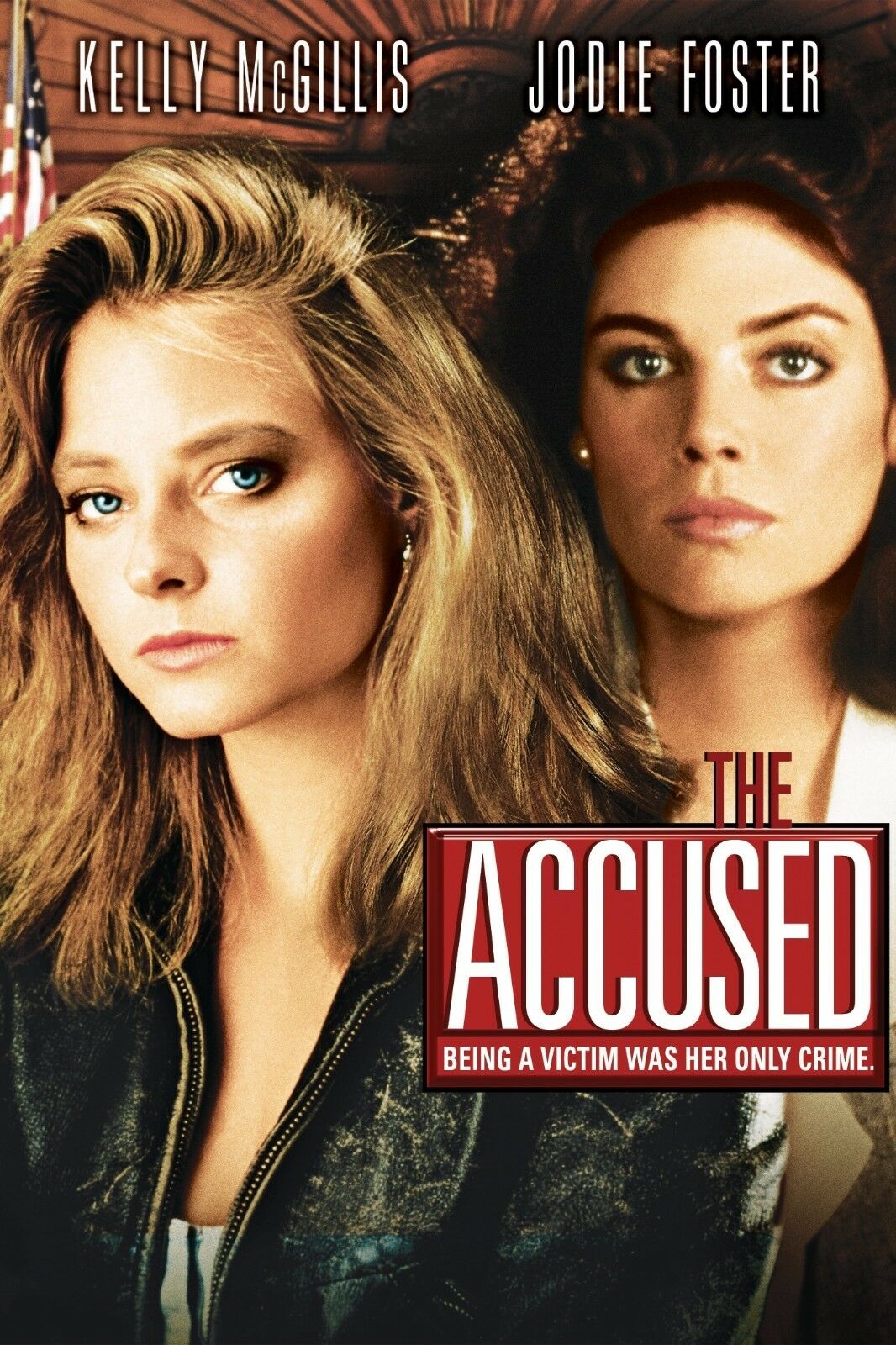 I trained to become a clinical psychologist at McGill University, in Montreal. While doing so, I sometimes met my classmates on the grounds of Montreal’s Douglas Hospital, where we had our first direct experiences with the mentally ill. The Douglas occupies acres of land and dozens of buildings. Many are connected by underground tunnels to protect workers and patients from the interminable Montreal winters. The hospital once

sheltered hundreds of long-term in-house patients. This was before anti-psychotic drugs and the large scale deinstitutionalization movements of the late sixties all but closed down the residential asylums, most often dooming the now “freed” patients to a much harder life on the streets. By the early eighties, when I first visited the grounds, all but the most seriously afflicted residents had been discharged. Those who remained were strange, much-damaged people. They clustered around the vending machines scattered throughout the hospital’s tunnels. They looked as if they had been photographed by

One day my classmates and I were all standing in line. We were awaiting further instruction from the strait-laced German psychologist who ran the Douglas clinical training program. A long-term inpatient, fragile and vulnerable, approached one of the other students, a sheltered, conservative young woman. The patient spoke to her in a friendly, childlike manner, and asked, “Why are you all standing here? What are you doing? Can I come along with you?” My classmate turned to me and asked uncertainly,

“What should I say to her?” She was taken aback, just as I was, by this request coming from someone so isolated and hurt. Neither of us wanted to say anything that might be construed as a rejection or reprimand.

We had temporarily entered a kind of no-man’s-land, in which society offers no ground rules or guidance. We were new clinical students, unprepared to be confronted on the grounds of a mental hospital by a schizophrenic patient asking a naive, friendly question about the possibility of social belonging. The natural conversational give-and-take between people attentive to contextual cues was not happening here, either. What exactly were the rules, in such a situation, far outside the boundaries of normal social interaction? What exactly were the options?

There were only two, as far as I could quickly surmise. I could tell the patient a story designed to save everyone’s face, or I could answer truthfully. “We can only take eight people in our group,” would have fallen into the first category, as would have, “We are just leaving the hospital now.” Neither of these answers would have bruised any feelings, at least on the surface, and the presence of the status differences that divided us from her would have gone unremarked. But neither answer would have been exactly true. So, I didn’t offer either.

I told the patient as simply and directly as I could that we were new students, training to be psychologists, and that she couldn’t join us for that reason. The answer highlighted the distinction between her situation and ours, making the gap between us greater and more evident. The answer was harsher than a well-crafted white lie. But I already had an inkling that untruth, however well-meant, can produce unintended consequences. She looked crestfallen, and hurt, but only for a moment. Then she understood, and it was all right. That was just how it was.

I had had a strange set of experiences a few years before embarking upon my clinical training. — I found myself subject to some rather violent compulsions (none acted upon), and developed the conviction, in consequence, that I really knew rather little about who I was and what I was up to. So, I began paying much closer attention to what I was doing— and saying. The experience was disconcerting, to say the least. I soon divided myself into two parts: one that spoke, and one, more detached, that paid attention and judged. I soon came to realize that almost everything I said was untrue. I had motives for saying these things: I wanted to win arguments and gain status and impress people and get what I wanted. I was using language to bend and twist the world into delivering what I thought was necessary. But I was a fake. Realizing this, I started to practice only saying things that the internal voice would not object to. I started to practice telling the truth—or, at least, not lying. I soon learned that such a skill came in very handy when I didn’t know what to do. What should you do, when you don’t know what to do? Tell the truth. So, that’s what I did my first day at the Douglas Hospital.

Later, I had a client who was paranoid and dangerous. Working with paranoid people is challenging. They believe they have been targeted by mysterious conspiratorial forces, working malevolently behind the scenes. Paranoid people are hyper-alert and hyper- focused. They are attending to non-verbal cues with an intentness never manifest during ordinary human interactions. They make mistakes in interpretation (that’s the paranoia) but they are still almost uncanny in their ability to detect mixed motives, judgment and falsehood. You have to listen very carefully and tell the truth if you are going to get a paranoid person to open up to you.

I listened carefully and spoke truthfully to my client. Now and then, he would describe blood-curdling fantasies of flaying people for revenge. I would watch how I was reacting. I paid attention to what thoughts and images emerged in the theatre of my imagination while he spoke, and I told him what I observed. I was not trying to control or direct his thoughts or actions (or mine). I was only trying to let him know as transparently as Icould at he was doing was directly affecting at least one person—me. My careful attention and frank responses did not mean at all that I remained unperturbed, let alone approved. I told him when he scared me (often),that his words and behavior were misguided, and that he was going to get into serious trouble.

He talked to me, nonetheless, because I listened and responded honestly, even though I was not encouraging in my responses. He trusted me, despite (or, more accurately, because of) my objections. He was paranoid, not stupid. He knew his behaviour was socially unacceptable. He knew that any decent person was likely to react with horror to his insane fantasies. He trusted me and would talk to me because that’s how I reacted. There was no chance of understanding him without that trust.

Trouble for him generally started in a bureaucracy, such as a bank. He would enter an institution and attempt some simple task. He was looking to open an account, or pay a bill, or fix some mistake. Now and then he encountered the kind of non-helpful person that everyone encounters now and then in such a place. That person would reject the ID he offered, or require some information that was unnecessary and difficult to obtain. sometimes, I suppose, the bureaucratic runaround was unavoidable—but sometimes it was unnecessarily complicated by petty misuses of bureaucratic power. My client was very attuned to such things. He was obsessed with honour. It was more important to him than safety, freedom or belonging. Following that logic (because paranoid people are impeccably logical), he could never allow himself to be demeaned, insulted or put down, even a little bit, by anyone. Water did not roll off his back. Because of his rigid and inflexible attitude, my client’s actions had already been subjected to several restraining orders. Restraining orders work best, however, with the sort of person who would never require a restraining order.

“I will be your worst nightmare,” was his phrase of choice, in such situations. I have wished intensely that I could say something like that, after encountering unnecessary bureaucratic obstacles, but it’s generally best to let such things go. My client meant what he said, however, and sometimes he really did become someone’s nightmare. He was the bad guy in No Country for Old Men. He was the person you meet in the wrong place, at the wrong time. If you messed with him, even accidentally, he was going to stalk you, remind you what you had done, and scare the living daylights out of you. He was no one to lie to. I told him the truth and that cooled him off.