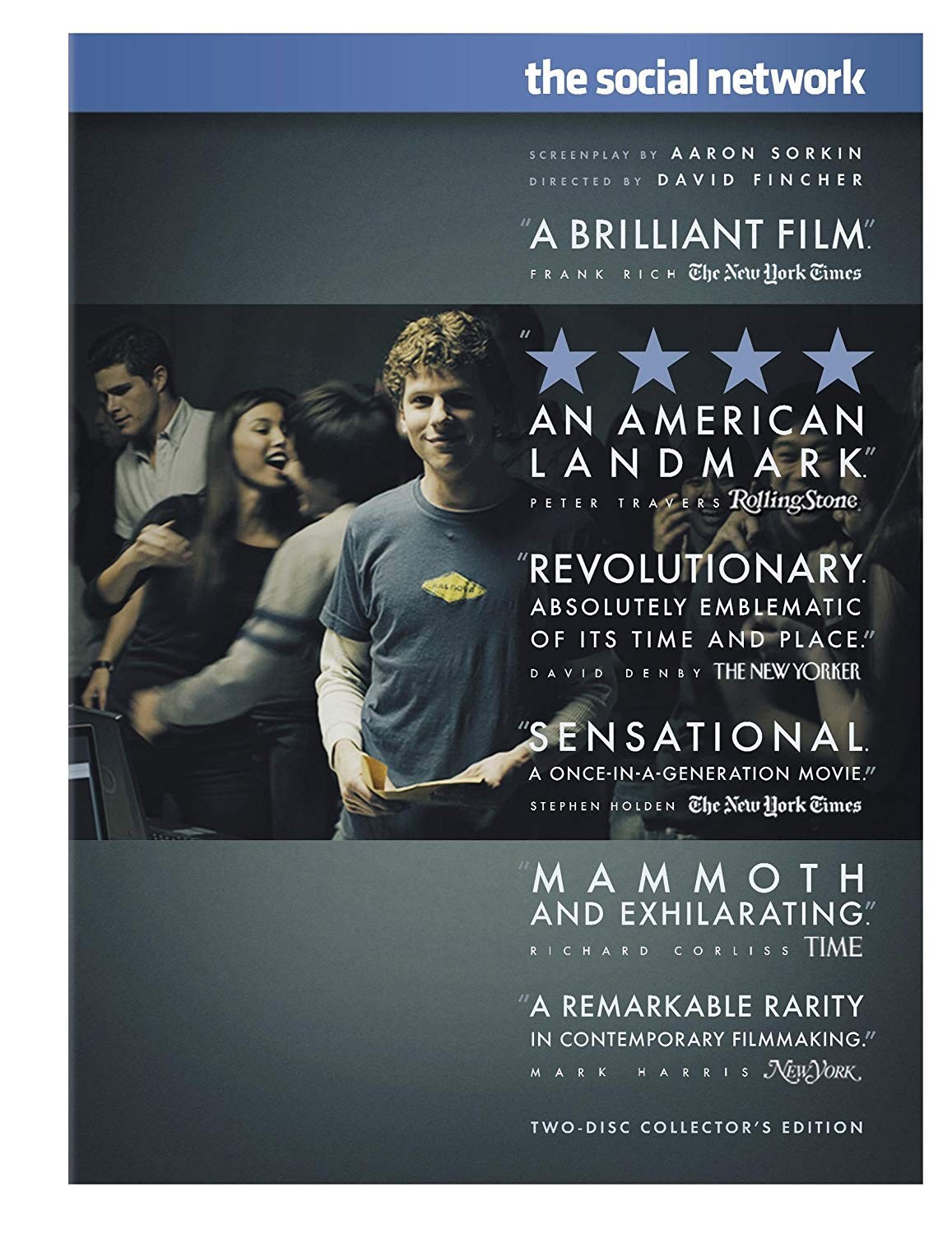 Sometimes, however, the counter mechanism can go wrong. Erratic habits of sleeping and eating can interfere with its function. Uncertainty can throw it for a loop. The body, with its various parts, needs to function like a well-rehearsed orchestra. Every system must play its role properly, and at exactly the right time, or noise and chaos ensue. It is for this reason that routine is so necessary. The acts of life we repeat every day need to be automatized. They must be turned into stable and reliable habits, so they lose their complexity and gain predictability and simplicity. This can be perceived most clearly in the case of small children, who are delightful and comical and playful when their sleeping and eating schedules are stable, and horrible and whiny and nasty when they are not.

It is for such reasons that I always ask my clinical clients first about sleep. Do they wake up in the morning at approximately the time the typical person wakes up, and at the same time every day? If the answer is no, fixing that is the first thing I recommend. It doesn’t matter so much if they go to bed at the same time each evening, but waking up at a consistent hour is a necessity. Anxiety and depression cannot be easily treated if the sufferer has unpredictable daily routines. The systems that mediate negative emotion are tightly tied to the properly cyclical circadian rhythms.

The next thing I ask about is breakfast. I counsel my clients to eat a fat and protein- heavy breakfast as soon as possible after they awaken (no simple carbohydrates, no sugars, as they are digested too rapidly, and produce a blood-sugar spike and rapid dip). This is because anxious and depressed people are already stressed, particularly if their lives have not been under control for a good while. Their bodies are therefore primed to hypersecrete insulin, if they engage in any complex or demanding activity. If they do so after fasting all night and before eating, the excess insulin in their bloodstream will mop up all their blood sugar. Then they become hypoglycemic and psycho-physiologically unstable. All day. Their systems cannot be reset until after more sleep. I have had many clients whose anxiety was reduced to subclinical levels merely because they started to sleep on a predictable schedule and eat breakfast.

Other bad habits can also interfere with the counter’s accuracy. Sometimes this happens directly, for poorly understood biological reasons, and sometimes it happens because those habits initiate a complex positive feedback loop. A positive feedback loop requires an input detector, an amplifier, and some form of output. Imagine a signal picked up by the input detector, amplified, and then emitted, in amplified form. So far, so good. The trouble starts when the input detector detects that output, and runs it through the system again, amplifying and emitting it again. A few rounds of intensification and things get dangerously out of control.

The same destructive loop happens within people’s lives. Much of the time, when it happens, we label it mental illness, even though it’s not only or even at all occurring inside people’s psyches. Addiction to alcohol or another mood-altering drug is a common positive-feedback process. Imagine a person who enjoys alcohol, perhaps a bit too much. He has a quick three or four drinks. His blood alcohol level spikes sharply. This can be extremely exhilarating, particularly for someone who has a genetic predisposition to alcoholism.- But it only occurs while blood alcohol levels are actively rising, and that only continues if the drinker keeps drinking. When he stops, not only does his blood alcohol level plateau and then start to sink, but his body begins to produce a variety of toxins, as it metabolizes the ethanol already consumed. He also starts to experience alcohol withdrawal, as the anxiety systems that were suppressed during intoxication start to hyper-respond. A hangover is alcohol withdrawal (which quite frequently kills withdrawing alcoholics), and it starts all too soon after drinking ceases. To continue the warm glow, and stave off the unpleasant aftermath, the drinker may just continue to drink, until all the liquor in his house is consumed, the bars are closed and his money is spent.

The next day, the drinker wakes up, badly hungover. So far, this is just unfortunate. The real trouble starts when he discovers that his hangover can be “cured” with a few more drinks the morning after. Such a cure is, of course, temporary. It merely pushes the withdrawal symptoms a bit further into the future. But that might be what is required, in the short term, if the misery is sufficiently acute. So now he has learned to drink to cure his hangover. When the medication causes the disease, a positive feedback loop has been established. Alcoholism can quickly emerge under such conditions.

Something similar often happens to people who develop an anxiety disorder, such as agoraphobia. People with agoraphobia can become so overwhelmed with fear that they will no longer leave their homes. Agoraphobia is the consequence of a positive feedback loop. The first event that precipitates the disorder is often a panic attack. The sufferer is typically a middle-aged woman who has been too dependent on other people. Perhaps she went immediately from over-reliance on her father to a relationship with an older and comparatively dominant boyfriend or husband, with little or no break for independent existence.

In the weeks leading up to the emergence of her agoraphobia, such a woman typically experiences something unexpected and anomalous. It might be something physiological, such as heart palpitations, which are common in any case, and whose likelihood is increased during menopause, when the hormonal processes regulating a women’s psychological experience fluctuate unpredictably. Any perceptible alteration in heart-rate can trigger thoughts both of heart attack and an all-too-public and embarrassing display of post-heart attack distress and suffering (death and social humiliation constituting the two most basic fears). The unexpected occurrence might instead be conflict in the sufferer’s marriage, or the illness or death of a spouse. It might be a close friend’s divorce or hospitalization. Some real event typically precipitates the initial increase in fear of mortality and social judgment.

After the shock, perhaps, the pre-agoraphobic woman leaves her house, and makes her way to the shopping mall. It’s busy and difficult to park. This makes her even more stressed. The thoughts of vulnerability occupying her mind since her recent unpleasant experience rise close to the surface. They trigger anxiety. Her heart rate rises. She begins to breathe shallowly and quickly. She feels her heart racing and begins to wonder if she is suffering a heart attack. This thought triggers more anxiety. She breathes even more shallowly, increasing the levels of carbon dioxide in her blood. Her heart rate increases again, because of her additional fear. She detects that, and her heart rate rises again.

Poof! Positive feedback loop. Soon the anxiety transforms into panic, regulated by a different brain system, designed for the severest of threats, which can be triggered by too much fear. She is overwhelmed by her symptoms, and heads for the emergency room, where after an anxious wait her heart function is checked. There is nothing wrong. But she is not reassured.

It takes an additional feedback loop to transform even that unpleasant experience into full-blown agoraphobia. The next time she needs to go to the mall, the pre-agoraphobic becomes anxious, remembering what happened last time. But she goes, anyway. On the way, she can feel her heart pounding. That triggers another cycle of anxiety and concern. To forestall panic, she avoids the stress of the mall and returns home. But now the anxiety systems in her brain note that she ran away from the mall, and conclude that the journey there was truly dangerous. Our anxiety systems are very practical. They assume that anything you run away from is dangerous. The proof of that is, of course, the fact you ran away.

So now the mall is tagged “too dangerous to approach” (or the budding agoraphobic has labelled herself, “too fragile to approach the mall”). Perhaps that is not yet taking things far enough to cause her real trouble. There are other places to shop. But maybe the nearby supermarket is mall-like enough to trigger a similar response, when she visits it instead, and then retreats. Now the supermarket occupies the same category. Then it’s the corner store. Then it’s buses and taxis and subways. Soon it’s everywhere. The agoraphobic will even eventually become afraid of her house, and would run away from that if she could. But she can’t. Soon she’s stuck in her home. Anxiety-induced retreat makes everything retreated from more anxiety-inducing. Anxiety-induced retreat makes the self smaller and the ever-more-dangerous world larger.

There are many systems of interaction between brain, body and social world that can get caught in positive feedback loops. Depressed people, for example, can start feeling useless and burdensome, as well as grief-stricken and pained. This makes them withdraw from contact with friends and family. Then the withdrawal makes them more lonesome and isolated, and more likely to feel useless and burdensome. Then they withdraw more. In this manner, depression spirals and amplifies.

If someone is badly hurt at some point in life—traumatized—the dominance counter can transform in a manner that makes additional hurt more rather than less likely. This often happens in the case of people, now adults, who were viciously bullied during childhood or adolescence. They become anxious and easily upset. They shield themselves with a defensive crouch, and avoid the direct eye contact interpretable as a dominance challenge.

This means that the damage caused by the bullying (the lowering of status and confidence) can continue, even after the bullying has ended.— In the simplest of cases, the formerly lowly persons have matured and moved to new and more successful places in their lives. But they don’t fully notice. Their now-counterproductive physiological adaptations to earlier reality remain, and they are more stressed and uncertain than is necessary. In more complex cases, a habitual assumption of subordination renders the person more stressed and uncertain than necessary, and their habitually submissive posturing continues to attract genuine negative attention from one or more of the fewer and generally less successful bullies still extant in the adult world. In such situations, the psychological consequence of the previous bullying increases the likelihood of continued bullying in the present (even though, strictly speaking, it wouldn’t have to, because of maturation, or geographical relocation, or continued education, or improvement in objective status).