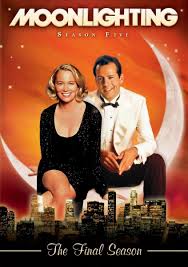 Every day each of us innumerable goods and services- to eat, to wear, to shelter us from the elements, or simply to enjoy. We take it for granted that they will be available when we want to buy them. We never stop to think how many people have played a part in one way or another in providing those goods’ and services. We never ask ourselves how it is that the corner grocery store- or nowadays, supermarket- has the items on its shelves that we want to buy, how it is that most of us are able to earn the money to buy those goods.

But that command method can be the exclusive or even principal method of organization only in a very small group. Not even the most autocratic head of a family can control every act of  other family members entirely by order. No sizable army can really be run entirely by command. The general cannot conceivably have the information necessary to direct every movement of the lowliest private. At every step in the chain of command, the solider, whether officer or private, must have discretion to take into account information about specific circumstances that his commanding officer could not have. Commands must be supplemented by voluntary cooperation- a less obvious and more subtle, but far more fundamental, technique of coordinating the activities or large numbers of people.

Russia is the standard example of a large economy that is supposed to be organized by command- a centrally planned economy. But that is more fiction that fact. At every level of the economy, voluntary cooperation enters to supplement central planning or to offset its rigidities-sometimes legally, sometimes illegally.

In agriculture, full-time workers on government farms are permitted to grow food and raise animals on small private plots in their spare time for their own use or to sell in relatively free markets. These plots account for less than 1 percent of the agricultural land in the country, yet they are said to provide nearly a third of total farm output in the Soviet Union (are “said to” because it it likely that some products of government farms are clandestinely marketed as if from private plots).

In the labor market individuals are seldom ordered to work at specific jobs; there is little actual direction of labor in the sense. Rather, wages are offered for various jobs, and individuals apply for them- much as in capitalist countries. Once hired, they may subsequently be fired or may leave for jobs they prefer. Numerous restrictions affect who may work where, and, of course, the laws prohibit anyone from setting up as an employer- although numerous clandestine workshops serve the extensive black market. Allocation of workers on a large on a large scale primarily by compulsion is just not feasible; and neither, apparently, is complete suppression of private entrepreneurial activity.

The attractiveness of different jobs in the Soviet Union often depends on the opportunities they offer for extralegal or illegal moonlighting. A resident of Moscow whose household equipment fails may have to wait months to have it repaired if he calls the state repair office. Instead, he may hire a moonlighter- very likely someone who works for the state repair office. The householder gets his equipment repaired promptly; the moonlighter gets some extra income. Both are happy.

These voluntary market elements flourish despite their inconsistency with official Marxist ideology because the cost of eliminating them would be too high. Private plots could be forbidden-but the famines of the 1930s are a stark reminder of the cost. The Soviet economy is hardly a model of efficiency now. Without the voluntary elements it would operate at an even lower level of effectiveness. Recent experience in Cambodia tragically illustrates the cost of trying to do without the market entirely.

Just as no society operates entirely on the command principle, so none operates entirely through voluntary cooperation. Every society has some command elements. These take many forms. They may be as straightforward as military conscription of forbidding the purchase and sale of heroin or cyclamates or court orders to named defendants to desist from or perform specified actions. Or, at the other extreme, they may be as subtle as imposing a heavy tax on cigarettes to discourage smoking- a hint, if not a command, by some of us to others of us.