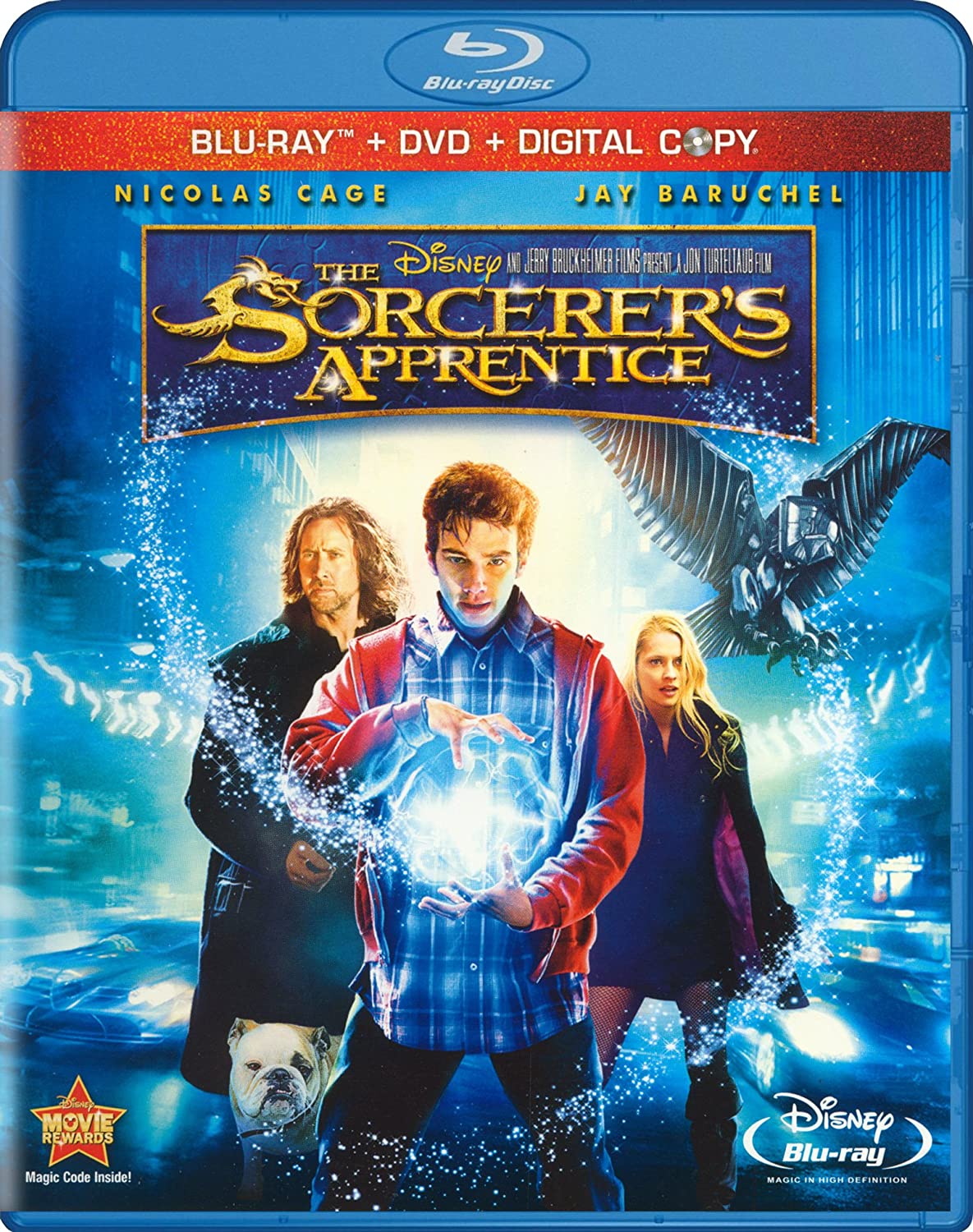 There exists a form of power and intelligence that represents the high point of human potential. It is the source of the greatest achievements and discoveries in history. It is an intelligence that is not taught in our schools nor analyzed by professors, but almost all of us, at some point, have had glimpses of it in our own experience. It often comes to us in a period of tension-facing a deadline, the urgent need to solve a problem, a crisis of sorts. Or it can come as the result of constant work on a project. In any event, pressed by circumstances, we feel unusually energized and focused. Our minds become completely absorbed in the task before us. This intense concentration sparks all kinds of ideas- they come to us as we fall asleep, out of nowhere, as if springing from our unconscious. At these times, other people seem less resistant to our influence; perhaps we are more attentive to them, or we appear to have a special power that inspires their respect. We might normally experience life in a passive mode, constantly reacting to this or that incident, but for these days or weeks we feel like we can determine events and make things happen.

We could express this power in the following way: Most of the time we live in an interior world of dreams, desires, and obsessive thoughts. But in this period of exceptional creativity, we are impelled by the need to get something done that has a practical effect. We force ourselves to step outside out inner chamber of habitual thoughts and connect to the world, to other people, to reality. Instead of flitting here and there in a state of perpetual distraction, our minds focus and penetrate to the core of something flooded with light from the world around us, and suddenly exposed to new details and ideas, we become more inspired and creative.

Once the deadline has passed or the crisis is over, this feeling of power and heightened creativity generally fades away. We return to our distracted state and the sense of control is gone. If only we could manufacture this feeling, or somehow keep it alive longer… but it seems so mysterious and elusive.

The problem we face is that this form of power and intelligence is either ignored as a subject of study or is surrounded by all kinds of myths and misconceptions, all of which only add to the mystery. We imagine that creativity and brilliance just appear out of nowhere, the fruit of natural talent, or perhaps of a good mood, or an alignment of the stars. It would be an immense roots, to define the kind of intelligence that leads to it, and to understand how it can be manufactured and maintained.

Let us call this sensation mastery- the feeling that we have a greater command of reality, other people, and ourselves. Although it might be something we experience for only a short while, for others- Masters of their field- it becomes their way of life, their way of seeing the world. (Such Masters include Leonardo da Vinci, Napoleon Bonaparte, Charles Darwin, Thomas Edison, and Martha Graham, among many others.) And at the root of this power is a simple process that leads to mastery- one that is accessible to all of us.

The process can be illustrated in the following manner: Let us say we are learning the piano, or entering a new job where we must acquire certain skills. In the beginning, we are outsiders. Our inicial impressions of the piano or the work environment are based on prejudgments, and often contain an element of fear. When we first study piano, the keyboard looks rather intimidating- we don’t understand the relationships between the keys, the chords, the pedals, and everything else that goes into creating between people, the psychology of our boss, the rules and procedures that are considered critical for success. We are confused- the knowledge we need in both cases is over our heads.

Although we might enter these situations with excitement about what we can learn or do with our new skills, we quickly realize how much hard work there is ahead of us. The great danger is that we give in to feelings of boredom, impatience, fear, and confusion. We stop observing and learning. The process comes to a halt.

If, on the other hand, we manage these emotions and allow time to take its course, something remarkable begins to take shape. As we continue to observe and follow the lead of others, we gain clarity, learning the rules and seeing how things work and fit together. If we keep practicing, we gain fluency; basic skills are mastered, allowing us to take on newer and more exciting challenges. We begin to see connections that were invisible to us before. We slowly gain confidence in our ability to solve problems or overcome weaknesses through sheer persistence.

At a certain point, we move from student to practitioner. We try out our own ideas, gaining valuable feedback in the process. We use our expanding knowledge in ways that are increasingly creative. Instead of just learning how others do things, we bring our own style and individuality into play.

As years go by and we remain faithful to this process, yet another leap takes place- to mastery. The keyboard is no longer something outside of us; it is internalized and becomes part of our nervous system, our fingertips. In our career, we now have a feel to social situations, seeing deeper into other people and anticipating their reactions. We can make decisions that are rapid and highly creative. Ideas come to us. We have learned the rules so well that we can now be the ones to break or rewrite them.

In the process leading to this ultimate form of power, we can identify three distinct phases or levels. The first is the Apprenticeship; the second is the Creative-Active; the third, Mastery. In the first phase, we stand on the outside of the field, learning as much as we can of the basic elements and rules. We have only a partial picture of the field and so our powers are limited. In the second phase, through much practice and immersion, we see into the inside of the machinery, how things connect with one another, and thus gain a more comprehensive understanding of the subject. With this comes a new power- the ability to experiment and creatively play with the elements involved. In the third phase, our degree of knowledge, experience, and focus is so deep that we can now see the whole picture with complete clarity. We have access to the heart of life- to human nature and natural phenomena. That is why the artwork of Masters touches us to the core; the artist has captured something of the essence of reality. That is why the brilliant scientist can uncover a new law of physics, and the inventor or entrepreneur can hit upon something no one else has imagined.

We can call this power intuition, but intuition is nothing more than a sudden and immediate seizing of what is real, without the need for works or formulas. The words and formulas may come later, but this flash of intuition is what ultimately brings us closer to reality, as our minds suddenly become illuminated by some particle of truth previously hidden to us and to others.

An animal has the capacity to learn, but it largely relies on its instincts to connect to its surroundings and save itself from danger. Through instinct, it can act quickly and effectively. The human relies instead on thinking and rationality to understand its environment. But such thinking can be slow, and in its slowness can become ineffective. So much of our obsessive, internal thought process tends to disconnect us from the world. Intuitive powers at the mastery are level are a mix of the instinctive and the rational, the conscious and the unconscious, the human and the animal. It is our way of making sudden and powerful connections to the environment, to feeling or thinking inside things. As children we had some of this intuitive power and spontaneity, but it is generally drummed out of us by all of the information that overloads our minds over time. Masters return to this childlike state, their works displaying degrees of spontaneity and access to the unconscious, but at a much higher level than the child.

If we move through the process to this endpoint, we activate the intuitive power latent in every human brain, one that we may have briefly experienced when we looked so deeply on a single problem or project. In fact, often in life we have glimpses of this power- for instance, when we have an inkling of what will come next in a particular situation, or when the perfect answer to a problem comes to us out of nowhere. But these moments are ephemeral and not based on enough experience to make them repeatable. When we reach mastery, this intuition is a power at our command, the fruit of working through the lengthier process. And because the world prizes creativity and this ability to uncover new aspects of reality, it brings us tremendous practical power as well.

Think of mastery in this way: Throughout history, men and women have felt trapped by the limitations of their consciousness, by their lack of contact with reality and the power to affect the world around them. They have sought all kinds of shortcuts to this expanded consciousness and sense of control, in the form of magic rituals, trances, incantations, and drugs. They have devoted their lives to alchemy, in search of the philosopher’s stone- the elusive substance that transformed all matter into gold.

This hunger for the magical shortcut has survived to our day in the form of simple formulas for success, ancient secrets finally revealed in which a mere change of attitude will attract the right energy. There is a grain of truth and practicality in all of these efforts- for instance, the emphasis in magic on deep focus. But in the end all of this searching is centered on something that doesn’t exist- the effortless path to practical power, the quick and easy solution, the El Dorado of the mind.

At the same time that so many people lose themselves in these endless fantasies, they ignore the one real power that they actually possess. And unlike magic or simplistic formulas, we can see the material effects of this buildings and works of art, the technological prowess we possess, all works of the masterful mind. This power brings to those who possess it the kind of connection to reality and the ability to alter the world that the mystics and magicians of the past could only dream of.

Over the centuries, people have placed a wall around such mastery. They have called it genius and have thought of it as inaccessible. They have seen it as the product of privilege, inborn talent, or just the right alignment of the stars. They have made it seem as if it were as elusive as magic. But that wall is imaginary. This is the real secret: the brain that we possess is the work of six million years of development, and more than anything else, this evolution of the brain was designed to lead us to mastery, the latent power within us all.