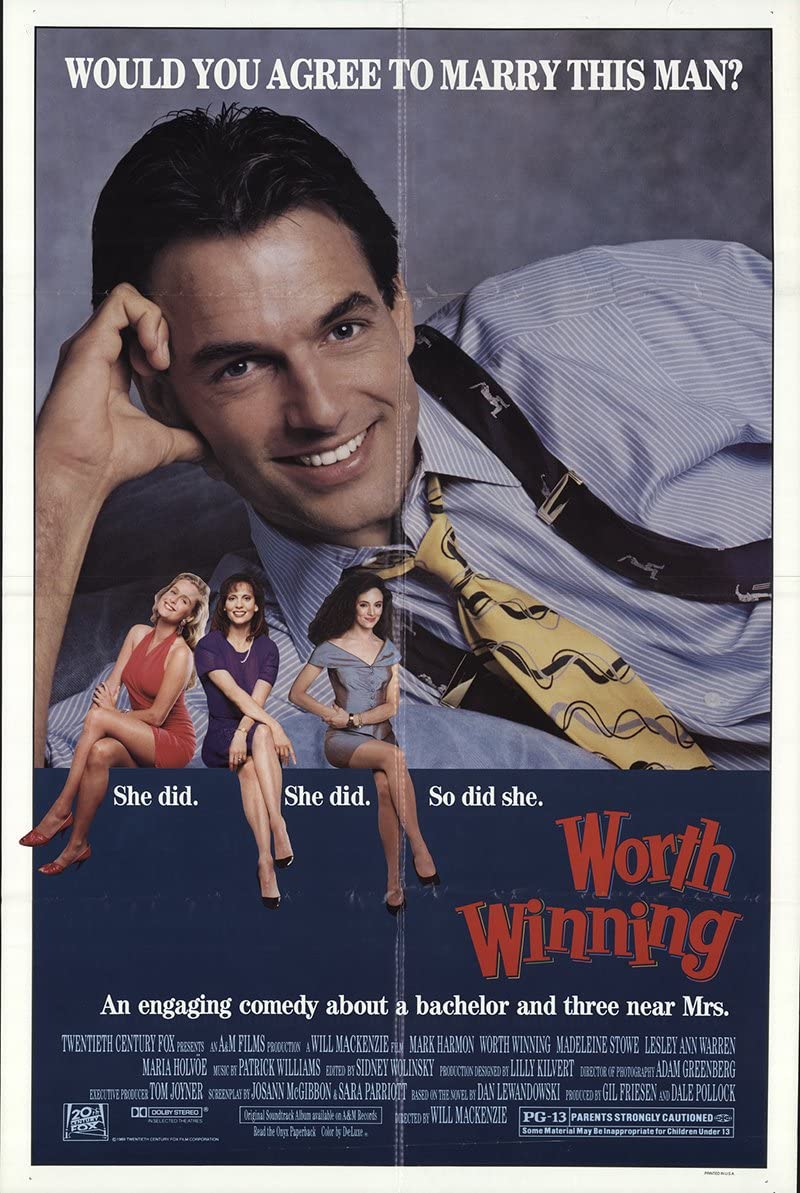 After I finished my autobiography-a fun but crazily intense grind that I wedged into the corners of my real job at the time- I swore I’d never write another book again.

But I guess I did.

My excuse, if there is one, is that I didn’t actually come up with the idea for this book.

It was given to me.

It was a retirement present, if you will, from the tens of thousands of terrific people I have met since I left GE- the energized, curious, gutsy, and ambitious men and women who have loved business enough to ask me every possible question you could imagine. In order to answer them, all I had to do was figure out what I knew, sort it out, codify it, and borrow their stories- and this book was off and running.

The questions I’m referring to first started during the promotional tour for my autobiography in the late 2001 and through much of 2002, when I was overwhelmed by the emotional attachment people seemed to have to GE. From coast to coast, and in many countries around the world, people told me touching stories about their experiences working for the company, or what happened when their sister, dad, aunt, or grandfather did.

But with these stories, I was also surprised to hear how much more people wanted to know about getting business right.

Radio call-in guests pressed me to explain GE’s system of differentiation, which separates employees into three performance categories and managers them up or out accordingly. People attending book-signing events wanted to know if I really meant it when I said the head of human resources at every company should be at least as important as the CFO. (I did!) At a visit to the University of Chicago business school, an MBA from India asked me to explain more fully what a really good performance appraisal should sound like.

The questions didn’t stop after the book tour. They continued- in airports, resturants, and elevators. Once a guy swam over to me in the surf off Miami Beach to ask me what I thought about a certain franchise opportunity he was considering. But mainly they’ve come at the 150 or so Q & A sessions I have participated in over the past three years, in cities around the world from New York to Shanghai, from Milan to Mexico City. In these sessions, which have ranged from thirty to five thousand audience members, I sit on a stage with a moderator, usually a business journalist, and I try to answer anything the audience wants to throw at me.

And throw they have- questions about everything from coping with Chinese competition, to managing talented but difficult people, to finding the perfect job, to implementing Six Sigma, to hiring the right team, to leading in uncertain times, to surviving mergers and acquisitions, to devising a killer strategy.

What should I do, I’ve heard, if I deliver great results but I work for a jerk who doesn’t seem to care, or if I’m the only person in my company who thinks change is necessary, or if the budget process in my company is full of sandbagging, or I’m about to launch a great new product and headquarters doesn’t want to give me the autonomy and resources I need?

What can I do, people have asked, if managers in my company don’t really tell it like it is, or I have to let go of an employee I really like but who just can’t hack it, or I have to help lead my organization through the crisis we’ve been trying to deal with for a year?

There have been literally thousands of questions. But most of them come down to this:

What does it take to win?

And that is what this book is about- winning. Probably no other topic could have made me want to write again!

Because I think winning is great. Not good – great!

Winning in business is great because when companies win, people thrive and grow. There are more jobs and more opportunities everywhere and for everyone. People feel upbeat about the future; they have the resources to send their kids to college, get better health care,  buy vacation homes, and secure a comfortable retirement. And winning affords them the opportunity to give back to society in hugely important ways beyond just paying more taxes- they can donate time and money to charities and mentor in inner-city schools, to name just two. Winning lifts everyone it touches- it just makes the world a better place.

When companies are losing, on the other hand, everyone takes hit. People feel scared. They have less financial security and limited time or money to do anything for anyone else. All they do is worry and upset their families, and in the meantime, if they’re out of work, they pay little, if any, taxes.

Obviously, government is a vital part of society. First and foremost, it does nothing less then protect us all from the insidious and persistent challenges to national security that are with us now and for the foreseeable future. But government provides much more: the justice system, education, police and fire protection, highways and ports, welfare and hospitals. The list could go on and on.

But even with the virtues of government, it is critical to remember that all of its services come from some form of tax revenue.  Government makes no money of its own. And in that way, government is the support for the engine of the economy, it is not the engine itself.

Winning companies and the people who work for them are the engine of a healthy economy, and in providing the revenues for government, they are the foundation of a free and democratic. That’s why winning is great.

Now, it goes without saying that you have to win the right way, clearly and by the rules. That’s a given. Companies and people that don’t compete fairly don’t deserve to win, and thanks to well-honed internal company processes and government regulatory agencies, the bad guys are usually found and kicked out of the game.

But companies and people in business that are honest – that’s the vast, vast majority- must find the way to win.

This book offers a road map.

It is not, incidentally, a road map just for senior level managers and CEOs. If this book helps them, terrific. I hope it does. But this book is also very much for people on the front lines: business owners, middle managers, people running factories, line workers, college graduates looking at their first jobs, MBAs considering new careers, and entrepreneurs. My main goal with this book is to help the people with ambition in their eyes and passion running through their veins, wherever they are in an organization.

You will meet a lot of people in this book. Some may remind you of yourself, some may just seem very familiar:

There’s the CEO who presents the company with a list of noble values-say, quality, customer service, and respect-but never really explains what it means to live them. There’s the middle manager who fumes during a meeting with another division of his company, knowing that his coworkers could do so much more-if they just stopped patting themselves on the back for a minute. There is the employee who has been underperforming for years but is just so friendly and nice-and clueless-you can’t bring yourself to let her go. There is the colleague you can’t look in the eye because he is a “Dead Man Walking,” slowly and painfully being managed out the door. There are the employees who eat lunch every day at what they have dubbed “The Table of Lost Dreams,” making a show of their resentment of authority. There’s the engineer who spend fifteen years building a great career, only to throw it in one day when she realized that she had juggled life and work to make everyone happy-but herself,

You’ll also meet a lot of people whose stories are examples of innovation, insight, and grit.

There’s David Novak, the energetic young CEO of Yum! Brands, who has turned every one of Yum!’s more than thrity-three thousand restaurant chain outlets into a laboratory of new ideas and the entire organization into a learning machine. There’s Denis Nayden, the consummate change agent, who never settles for good enough and has intensity to burn. There’s Jimmy Dunne, who rebuilt his company out of the ashes of the World Trade Center, using love, hope, and an attitude that anything is possible. There’s Susan Peters, a working mother and the No.2 HR executive of GE, who could write a book herself on successfully navigating the hills and valleys of work-life balance. There is Chris Navetta, the CEO of U.S. Steel Kosice, who helped transform a struggling city in Slovakia while turning a former state-owned steel mill into a flourishing, profitable enterprise. There’s Kenneth Yu, the head of 3M’s Chinese operations, who catapulted his businesses from modest to high growth by throwing out the phony ritual of annual budgeting and replacing it with a sky’s-the-limit dialogue about opportunities. There’s Mark Little, who was devastated after a demotion at GE but fought his way back to a huge promotion with courage, perseverance, and great results.

People are everything when it comes to winning, and so this book is a lot about people- in some cases, the mistakes they’ve made, but more often, their success. But mostly this book is about ideas and the power of putting them into action.

Now, at this point, there might be readers out there who are skeptical. They’re thinking: Winning is just too nuanced and complex a topic to cover in twenty chapters. I don’t care how many people and ideas are in this book!

Yes, winning is nuanced and complex, not to mention brutally hard.

But it also happens to be achievable. You can win. But to do that, you need to know what makes winning happen.

This book offers no easy formulas. There are none.

Depending on the chapter, this book does, however, give you guidelines to follow, rules to consider, assumptions to adopt, and mistakes to avoid. The strategy chapter provides a three-step and warning signals. There are also several themes you’ll hear retain the best players; don’t overbrain things to the point of inaction; no matter what part of a business you’re in, share learning relentlessly; have a positive attitude and spread it around; never let yourself be a victim; and for goodness’ sake- have fun.